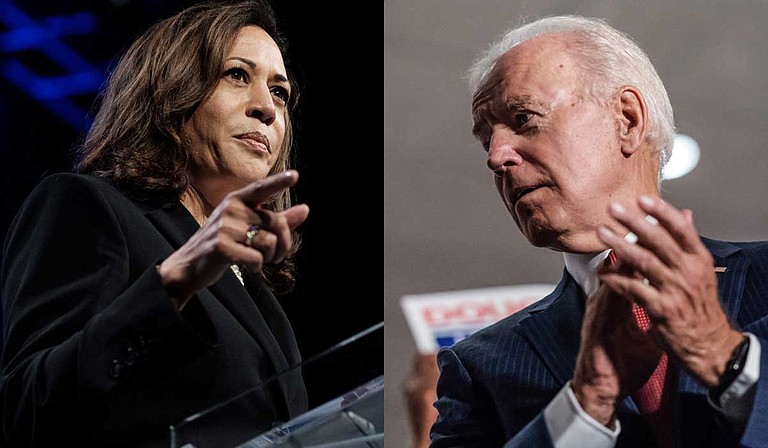 CLEVELAND, Miss. (AP) — This small Mississippi Delta town serves as a reminder that fierce debates over the integration of black and white students are not a thing of the past.

Two rival high schools in Cleveland, one historically black and the other historically white, had to be merged just two years ago after a judge determined that all-black student bodies in the 3,400-student district were illegal vestiges of segregation. It is one of scores of school districts around the U.S. still facing federal desegregation mandates, and the decision followed a fight over the town's segregated schools that dates back to 1965.

The federal government's role in integrating schools came into the national spotlight following an exchange during the 2020 Democratic presidential debate between Joe Biden and Sen. Kamala Harris. The former vice president was attacked for his work as a senator in the 1970s to oppose federally-ordered busing to achieve a racial balance in schools. Harris pointed to the fact that she was a beneficiary of a busing program that allowed her to attend an integrated elementary school in California.

Olecia James claims the newly integrated Cleveland Central High discriminated against her by lowering her score to name a white student salutatorian.

The clash proved to be a stumbling block for Biden's campaign, but the debate's focus on 1970s-era busing — when the practice was at its peak — belied the fact that federally ordered integration efforts still exist in many places.

Joseph Wardenski, the Justice Department's lead lawyer during the 2015 trial, said Cleveland is an example of why school desegregation isn't "ancient history" and said he was surprised at comments made by Biden in the debate that indicated a lack of support for court-ordered busing.

"There is still very much of a role for courts and the federal government to get the job done," said Wardenski, who is now in private practice.

Since Cleveland's consolidated high school opened in 2017, there have been some points of tension, including a pair of lawsuits claiming administrators unfairly altered grade-point-averages to give white students valedictorian and salutatorian honors. But many see the consolidation as progress.

"It's better that they brought the schools together as far as having the races interact," said Allison Tyler, whose 16-year-old daughter, Valecia, is black and a junior at the high school.

The district's majority-white school board resisted the merger for several years, despite federal pressure, with some predicting white flight to private schools.

Indeed, the district's white student enrollment has dropped sharply since the 2014-2015 school year, the last before changes were ordered, even though Census figures show Cleveland's number of white children has held steady. White enrollment that had been around 30% has fallen three years in a row, to 23% last year, according to reports filed in the case.

The two sons of Carmen Oguz are among the white children who have stayed to attend Cleveland Central High School this fall. Oguz said the family chose to remain in the district, in part because her younger son wanted a more competitive football team. She said she's also happy with the academics.

"We pay tax dollars. We wanted the public school system to work," she said.

However, Oguz said that most of her younger son's friends made a different choice on graduating from a magnet elementary school and left the district. "He was definitely in the minority," she said.

Currently, an estimated 150 to 200 school districts nationwide are operating under desegregation orders, according to Erica Frankenberg, a Pennsylvania State University professor, who said nobody keeps a precise count.

Schools in the South are better integrated racially than those elsewhere because of desegregation plans implemented in the 1960s and 1970s, Frankenberg said. And while every district is different, she said "what we can say pretty definitively is that desegregation has been shown to have a wide range of academic and social benefits."

Districts released from court orders have tended to relax their integration efforts, a major factor in the resegregation of many schools nationwide, according to Sheneka Williams, an associate professor at the University of Georgia.

Communities may support desegregation in the abstract, but "oftentimes, they don't want to shuffle their kids around for racial balance," Williams said. "They think it's a good idea on the whole, but as an individual, do they really want to go through all it takes to maintain it? That answer is no."

In districts released from federal desegregation orders, as well as districts that were never under court order, the U.S. Supreme Court has ruled that race can't be used as the driving factor in assigning students to public schools, whether to integrate or segregate them. However, a 2016 Century Foundation report found at least 100 districts and charter schools nationwide have voluntary desegregation plans that work around the ruling by mixing students from families with different incomes or educational levels, factors often associated with race. Those plans may consider race as one factor, using magnet schools or voluntary transfers to try to achieve balance.

Through earlier integration efforts, Cleveland High and its neighboring middle school, once all-white, were by 2011 about half white and half black. But East Side High School and its associated middle school, once all-black by law, remained almost entirely black. The school district and even some African-Americans defended the two sets of schools, pointing to community pride in East Side's athletic teams and traditions.

The district began operating a new Cleveland Central High School based at the former Cleveland High in August 2017. The football team went undefeated that season before losing in the playoffs, and donations are funding an expanded program for high school students to take college classes at neighboring Delta State University.

"It's not as bad as I thought it would be," Valecia Tyler said as she was leaving a summer program one day last week.

But advocates are watching closely. The Rev. Edward Duvall, a Baptist pastor and part of a group of African Americans who pushed for consolidation in the district, advocated for a new high school building that could be symbolic break from the segregated past, and he's disappointed the district chose instead to renovate old buildings.

"This is a microcosm of the nation," he said. "How do we merge these two cultures together? If we work and put it together, we can be an example for the nation."