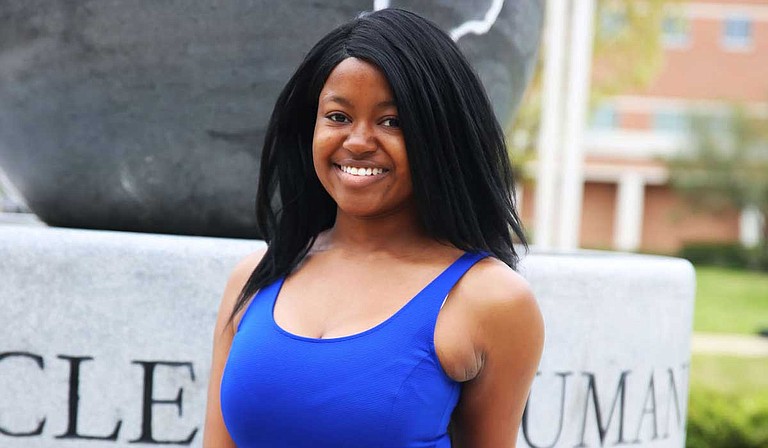 As a scholar, King will travel to Washington, D.C., this September to meet and network with other scholars from HBCUs around the United States. Participants in the program will also engage in webinars and monthly web chats with the WHIHBCU staff.

"Being part of this initiative is going to be a great way for me to make social and career connections and bring in new opportunities for my school and my fellow students," King says. "I hope to be able to brainstorm ways to make JSU a better neighbor for my community and influence how the Jackson community perceives it."

King told the Jackson Free Press that one such plan she has been speaking with JSU President William Bynum about is establishing ACT- and college-prep programs at JSU for students in local middle schools and high schools.

"My hope is that we can help young people like those at Blackburn Elementary, which is one of our neighbors, to come into JSU and see us as promoting success in the Jackson community," King says. "By taking part in (the WHIHBCU program), I also hope to discover new internship and career opportunities for current JSU students and future generations of graduates."

King, 21, was born in Vicksburg and graduated from the Mississippi School for Mathematics and Science in Columbus in 2016. She is majoring in political science at JSU and is currently visiting the University of California, Berkeley, as part of the Public Policy and International Affairs Junior Summer Institute, which teaches students about social policy on both the community and legislative levels.

Her interest in community engagement grew out of her experiences attending MSMS and seeing the news and public reaction to the deaths of Trayvon Martin and Mike Brown, King says.

"Seeing those things happen was the first time I truly felt hit hard in a negative way about what it's like experiencing life as a black person in Mississippi or elsewhere," King says. "I hadn't really seen the danger before then, and I became focused on prompting change after seeing it."

During her junior year, King was the public affairs intern with the Mississippi office of Planned Parenthood Southeast in Jackson to raise awareness on anti-abortion bills the Mississippi legislature has passed and to inform the community about resources available for reproductive health.

King also volunteered with the Southern Poverty Law Center during her most recent semester at JSU, where she worked to improve communications between Mississippi inmates and their attorneys and researched ways to improve conditions and treatment for incarcerated people.

"Community engagement is so important to me because I love the notion of prompting positive change in communities," King says. "If I can prompt one person to see that something is structurally wrong and look at it in a different way, then I can prompt a community to make a positive change for themselves. I want people to be able to have what they deserve and not feel that they have to settle for less."