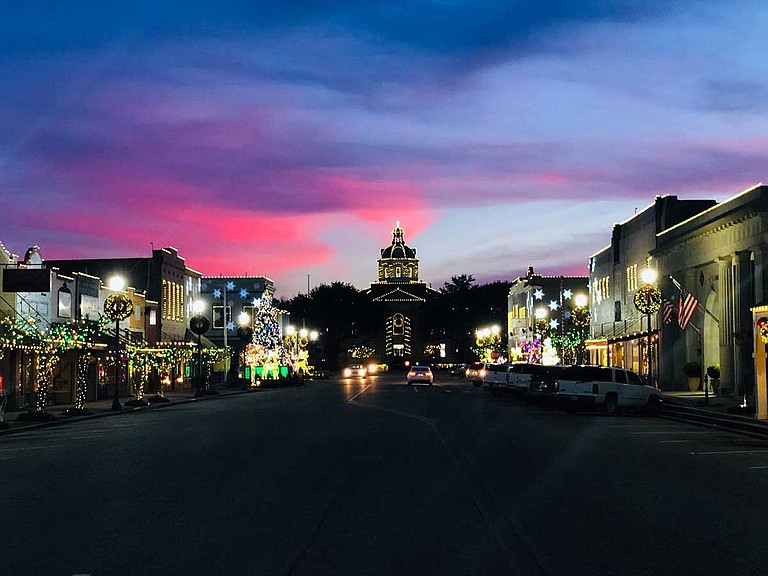 On Jan. 5, 2019, the south Mississippi town of Columbia, Miss., celebrated its bicentennial downtown. Mississippi Lt. Gov. Tate Reeves, who joined the Republican primary for governor just two days earlier, stood atop a platform in front of the town's Christmas tree and spoke to the thousands of residents who were gathered. The brightly lit downtown, he said, made Columbia "a shining example of what is possible when Mississippians come together."

The small town on the banks of the Pearl River, a tributary of the Mississippi, has a surprisingly storied history. In 1821, it became Mississippi's temporary state capitol. It was at a special session of the Legislature in Columbia in 1822 that legislators chose LeFleur's Bluff, now Jackson, as the state's permanent capitol. White squirrels are common in Columbia, thanks to former Mississippi Gov. Hugh L. White, a native who introduced them to the town.

The Marion County Courthouse, seated in downtown Columbia, was the site of the hanging of Will Purvis, a member of the White Caps, which was similar to the Ku Klux Klan. After he was convicted of the hanging of a local farmer and fellow White Caps member named Will Buckley, he told the jury he would "live longer than the lot" of them. Purvis survived the hanging because the noose around his neck slipped when the trapdoor opened.

The issue of whether or not he should be hanged again made its way to the State Supreme Court, and also became an issue in the next governor's race. Ultimately, His innocence was proven by another White Caps member's deathbed confession in 1917. Purvis died in 1938—exactly three days after the last juror who had convicted him died.

In front of the courthouse where Purvis survived the execution, residents gathered on Nov. 5 to watch fireworks shoot into the air and crisscross the sky in celebration of the little town's first 200 years.