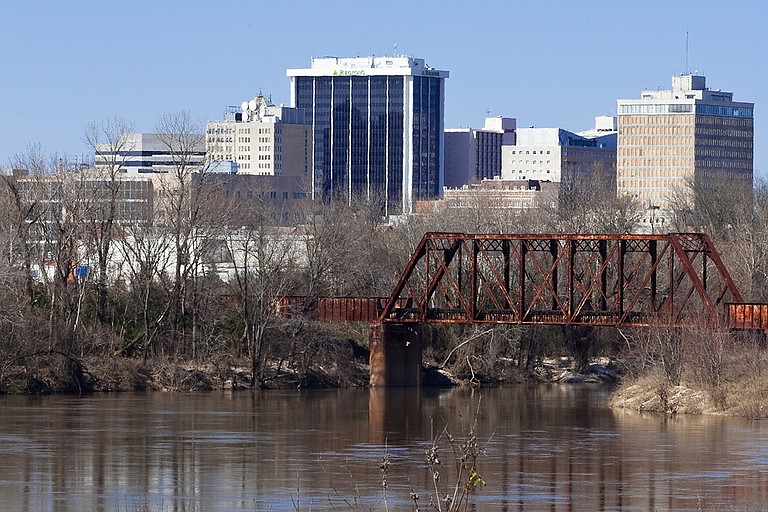 Due to an increase of water released from the Barnett Reservoir on Friday caused by local rains over the last 24 hours, the City of Jackson expects the Pearl River to crest by 33 feet tomorrow, Jan. 5, 2019.

Currently, Annie Street and Sidney Street are the only roadways expected to be affected by the river cresting.

Residents living nearby should take necessary precautions as travel on these streets may be adversely impacted.

Town Creek will experience water at the bank level, but it is not expected to cause flooding.

Please see the below press release from the Ross Barnett Reservoir for more information.

Pearl River Valley Water Supply District officials are increasing the release of water from Barnett Reservoir Friday in an attempt to slow a rise on the lake caused by local rains over the last 24 hours.

After a conference call with the Lower Mississippi River Forecast Center, National Weather Service, U.S. Army Corps of Engineers and the City of Jackson, it was decided that an increase in outflow to 35,000 cubic feet per second (cfs) would not raise the threat of flooding to Jackson and other downstream locations and allow the 33,000-acre lake to slow its rise.

The increase of outflow on Friday would not change the forecast peak of 33 feet on the Jackson gauge, but would bring it to that level on Saturday morning instead of Sunday as earlier predicted. At 33 feet, minor to moderate flooding can be expected in Jackson. While some streets will be flooded, no houses or businesses are expected to get water.

An estimated two inches of rain fell Thursday in the Jackson and reservoir area, bringing the total to between five and six inches this week, according to the National Weather Service in Jackson. It caused inflow into the reservoir to rise above previous forecast models of 34,500 cfs been predicted for Tuesday (Jan. 8). The inflow was measuring 36,900 cfs at 9 a.m. Friday.