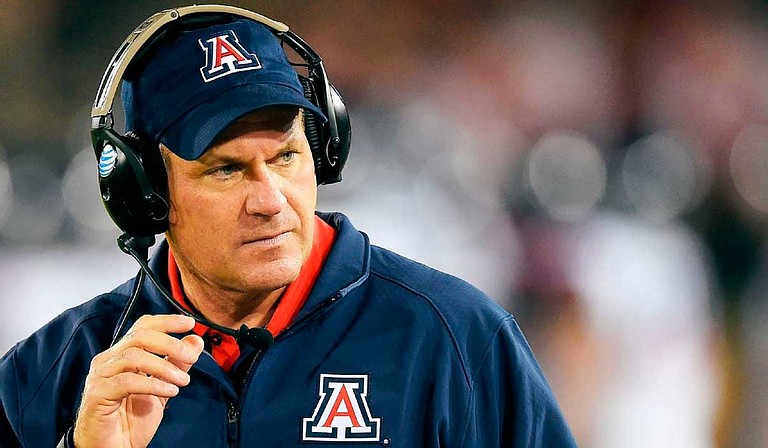 OXFORD, Miss. (AP) — The University of Mississippi has hired veteran coach Rich Rodriguez to be its next offensive coordinator.

The 55-year-old Rodriguez has been the head coach at West Virginia, Michigan and Arizona and is regarded as one of the college game's better offensive coaches. He replaces Phil Longo, who left Ole Miss to take the same job at North Carolina.

Coach Matt Luke said in a statement that "building a successful program means surrounding our players with the most talented coaches, and I feel like we have done that with hiring of Mike Macintyre to lead our defense and now Rich Rodriguez to lead our offense."

Rodriguez was fired from Arizona in January after six seasons amid sexual harassment allegations by a former administrative assistant. The school could not verify the claims, but the investigation still led to his downfall. Rodriguez has denied the allegations.