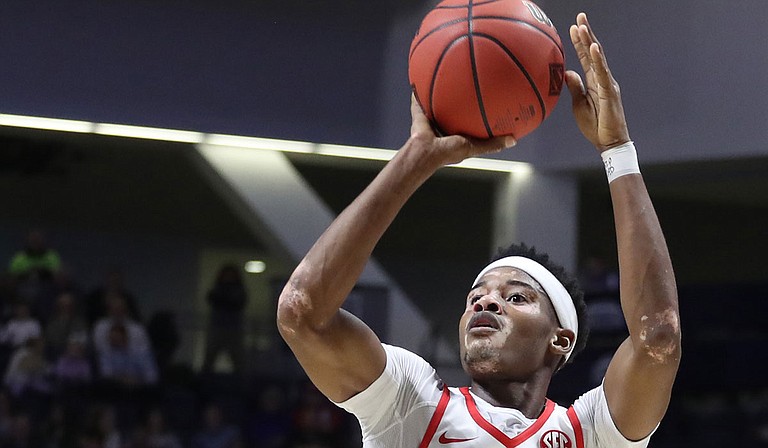 OXFORD, Miss. (AP) -- Devontae Shuler, despite scoring 20 points and adding five rebounds and five assists, was pleased but not satisfied with his performance Sunday as Mississippi defeated Tennessee Tech 80-63.

"My foot is not 100 percent yet and that's held me back," said Shuler, who has played with nagging heel injuries for two seasons. "I'm probably 80 percent and it hurts, but I had time to rest it over the break and that helped."

Buffen had 16 second-half points to highlight a decisive 23-6 run as Ole Miss built an insurmountable 67-47 lead with 6:38 left. In the four-minute surge, Shuler had two baskets, two rebounds, a blocked shot, an assist and forced two Tennessee Tech turnovers that led to easy baskets.

"We're having a hard time starting games and that's new to me," Ole Miss coach Kermit Davis said. "Credit Tennessee Tech and (Coach) John Pelphrey for that. He's a great friend and a great coach. But we aren't where we need to be yet defensively and with our toughness."

Tennessee Tech: The Golden Eagles kept it interesting, leading early in the second half before falling off the pace in the final 15 minutes. Considering Pelphrey's club had significant contributions from eight sophomores and freshmen, the performance was encouraging as Ohio Valley Conference play begins this week.

"I think Wichita State will be in the Top 25 this week and they would be the fifth Top 25 team at some point that we've played," Davis said. I think they're a team that could win the SEC Championship."

The Rebels had 22 assists on 30 field goals, including five apiece from Austin Crowley and Shuler. Ole Miss had nine players with at least one assist, including three apiece from Breein Tyree and Hinson and lead the SEC with an average of 16.3 per game.