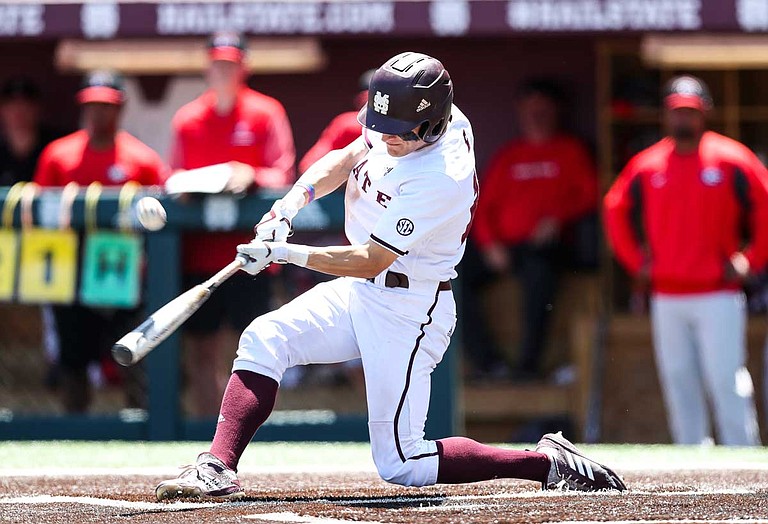 Sports fans would be hard-pressed to find many college baseball players who enjoyed a week as good as Mississippi State University outfielder Jake Mangum. In four games, he went 10-for-15 at the plate and broke a nearly 21-year-old conference record.

Mangum began his "hit week" by reaching base twice against the Rebels. He added a run and RBI to his line as MSU won the Governor's Cup for the fourth straight season. The Bulldogs rallied from a 0-1 hole, burying their main rival 8-1 at Trustmark Park.

The senior opened the series against Georgia, going three-for-four at the plate with two walks and driving in three runs. He helped the Bulldogs to a 19-3 win, in which MSU pounded out 19 hits during the game.

His next game against Georgia ended up being special. Mangum went three-for-five at the plate with an RBI and a run. MSU won 9-3 to clinch the series, but the game held significance for the senior for another reason: After his second of three hits, Mangum became the career-hits leader in SEC history with his 353rd hit during his MSU career. He broke the previous record of 352 that Eddie Furniss of Louisiana State University, who played from 1995 to 1998, set.

While it took Furniss 265 games to set the previous record, Mangum took only 239 to set the new one. He finished the weekend going one-for-three with two walks and a run in a 6-5 win, as MSU earned the sweep.

He ended the weekend with 255 hits, which ties him for 12th all-time in NCAA Division I history alongside Sonny Meade of The Citadel and Chris Campbell of the College of Charleston.

The senior is having an outstanding season. He leads the SEC in runs scored with 54, hits with 89 and is second in the conference with a .394 batting average. He is third in the SEC in doubles with 17 and is tied for fourth in triples with three.

Mangum leads the Bulldogs in batting average, on-base percentage, runs scored, hits, doubles, triples, stolen bases, at bats and plate appearances, and he is tied for first in starts. He is fourth in slugging percentage, second in total bases and third in hits by pitch.

The sweep of Georgia helped MSU bounce back after the University of Arkansas swept the team the previous weekend. The win helped the Bulldogs into a three-way tie with LSU and UM for second place in the SEC West.