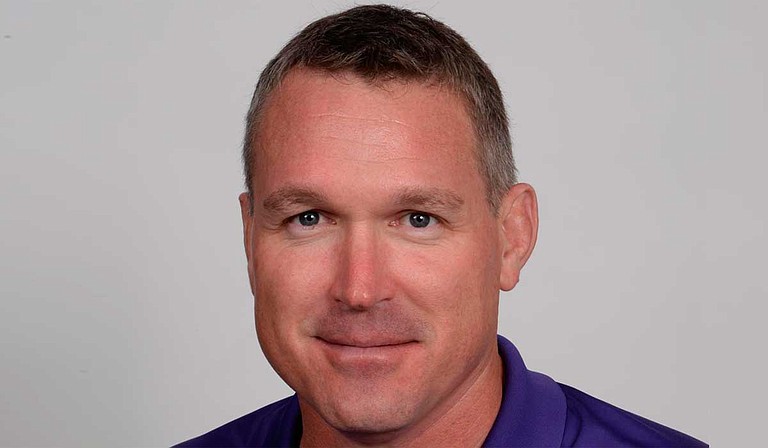 Millsaps College named head football coach Aaron Pelch as interim athletics director on Dec. 20, 2018, and he assumed his duties on Jan. 1, 2019. Pelch replaced Donnie Brooks, who left the school to take the AD position at Macalester College in St. Paul, Minn. Then, on March, 25, 2019, Millsaps removed the interim tag and made Pelch the full-time athletic director for the college. He will still remain the head coach of the football team, in addition to his new duties.

Right now is the perfect time to add to his work load, Pelch says.

"Head football coaches are administrators at heart," he says. "I felt I could take the lessons learned as a head coach and apply them to be successful at this job.

The new athletic director moved quickly to make his first official decision in his new job title when he removed the interim tag from men's and women's tennis coach Davis Elkins. After a successful 2017-2018 season, Elkins took over the tennis program from Jason Box this past summer. Pelch says it was a no-brainer to move Elkins into head coaching position full-time. After all, the tennis program is having another strong season with a 9-3 record under the coach.

"He has the respect of the team, he recruits well and was a great assistant coach until moving to interim coach," Pelch says. "Elkins took a great team and is pushing the program to new heights. That made it an easy decision to make this move now."

Before taking the job as athletic director, Pelch already began formulating a plan on how to manage both the AD and head football coach positions. One key will be leaning on other coaches in the athletic department to help with athletic director duties as Pelch focuses on football from August to November, he says.

"We have a great group of coaches, faculty and administrators from the president on down," he says. "The team we have in place will help me be successful as both athletic director and head football coach."

He credits the strong foundation around him at Millsaps as a reason for taking the athletic director job.

His new position allows him a "look at things from a bigger perspective," he says, as he looks at the athletic department as whole and not just as head football coach.

Currently, Pelch primarily has to focus on his job as athletic director. Spring football has finished, and he is entering a recruiting phase in the sport. His head coaching duties will take precedence when players report on Aug. 13 with the first game of the 2019 season coming on Sept. 5 against in-town rival Belhaven University.

Pelch and his wife Gemaa live in Madison. The couple has a daughter, Dottie.