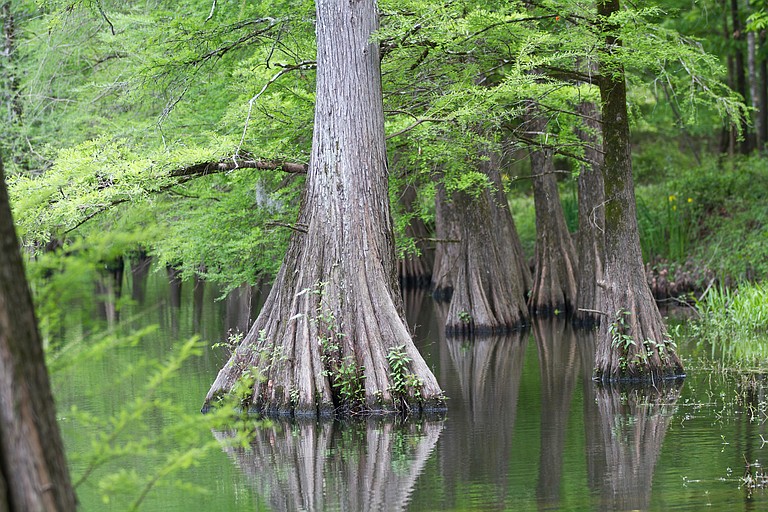 The Pearl River reached its highest flood stage in Easter 1979 when it crested over 43 feet, flooding parts of downtown Jackson. “One Lake” would not “control” a flood that size. Abby Braman

The New Orleans-based Gulf Restoration Network, which formed a coalition in 1995 to "restore the natural resources of the Gulf Region," is pushing a letter-writing campaign against the proposed "One Lake" development and flood-control project along the Pearl River in Jackson, using an online interface to make it easy for opponents to send comments against the project.

The network is opposed to further damming along the Pearl River, which flows southward into Louisiana, and calls the recently released draft Environmental Impact Statement on the Jackson-based project "flawed."

"The Pearl River doesn’t need another dam on its main stem. The Ross Barnett Reservoir and dam have disrupted the Pearl River for 53 years. The river needs restoration and not more damming," the network says on its petition website.

"The project sponsors are taking public comments on the flawed draft Environmental Impact Statement for this project until Sept. 6th and it's important that they hear from you! Take action now to say no to new damming on the Pearl River."

The network lays out details to its opposition to "One Lake" for a variety of reasons in the suggested copy in the draft letter, which users can tailor to their own concerns.

'No More Damming on the Pearl River" 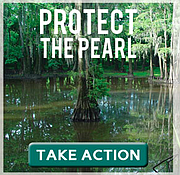 The Gulf Restoration Network has an an online interface where opponents of "One Lake" can submit comments.

The draft copy is published below, verbatim:

As a supporter of the Gulf Restoration Network, I object to the establishment of a new dam and lake on the Pearl River in Jackson.

It is clear that this lake project is biased toward economic development of lakefront real estate regardless of flood control needs or any other river issues. The threat that this project poses to the health of the Pearl River and downstream communities led it to be listed as one of America’s Most Endangered Rivers® of 2015. State agencies in both Mississippi and Louisiana have taken positions against lake creation including the Mississippi Commission on Marine Resources and the Louisiana Oyster Task Force at LDWF. Lake creation also ignores warnings against reducing fresh water flow found in the “Oysters in the Environment” section of the 2015 final report of the Mississippi Governor’s Oyster Council.

The sponsors of this project and its contractors have taken 4 and a half years to produce a draft Environmental Impact Statement that dismisses the practicality of floodplain buyouts and levee improvements due to cost, and makes the case for lake dredging - moving 25 million cubic yards of river banks and river bed and using it to fill 1861 acres of functional wetlands. The filled and elevated areas next to the dredged lake will provide real estate for development. The analysis of low flow and evaporation in the study avoids a detailed review of the months of May-October when critical drought conditions cause ecological problems in downriver areas.

While local flooding issues in Jackson certainly need attention, building a 1900 acre amenity lake will cause further fragmentation to the Pearl River. Downstream issues such as evaporative water loss, dilution for permitted dischargers, fresh water quantity, and corresponding salinity effects for the estuary and marsh habitats in coastal Mississippi and Louisiana are of concern to people living outside of Jackson. The draft EIS does very little to examine what a new lake and more environmental and flow disruptions might do to economies downstream including costs to paper mills and city sewage treatment plants if flows are reduced. The coast’s seafood industry and the swamp tour businesses in the lower Pearl in Louisiana are given very little thought in the impact analysis. A lake is the most environmentally disruptive alternative for the biological and physical health of the Pearl River below Jackson. Even though the draft EIS avoids discussing impacts of another dam and lake to downriver restoration, no fewer than ten BP oil spill settlement or RESTORE Act funded coastal restoration projects in Louisiana and Mississippi are ongoing and either focus on the Pearl River or depend on its undiminished fresh water flow. More than $75 million of BP/RESTORE Act restoration project spending is at risk from further damming of the Pearl River if it diminishes fresh water flow.

Lastly, before this project moves forward any further, there must be a full and clear explanation of how the lake project will work in combination with management of the Ross Barnett Reservoir to both control flooding and to satisfy adequate minimum flow requirements on the Pearl River. A full range of flood management options upstream and downstream in the Pearl River watershed should have been considered in a robust study about solving the flooding problem in Jackson. Fast-tracking Corps of Engineers review of this project under WRDA 2016, selecting a lake as the Drainage District’s Locally Preferred Alternative at the outset, and failing to officially extend the “study area” to the Mississippi/Louisiana coast are all unacceptable aspects of the draft EIS for this project.

Read the JFP's recent analysis of the draft EIS plan for "One Lake," and a full archive of reporting about lake plans, past and present, along the Pearl River in Jackson. Read a publisher's note about the project's transparency issues here.