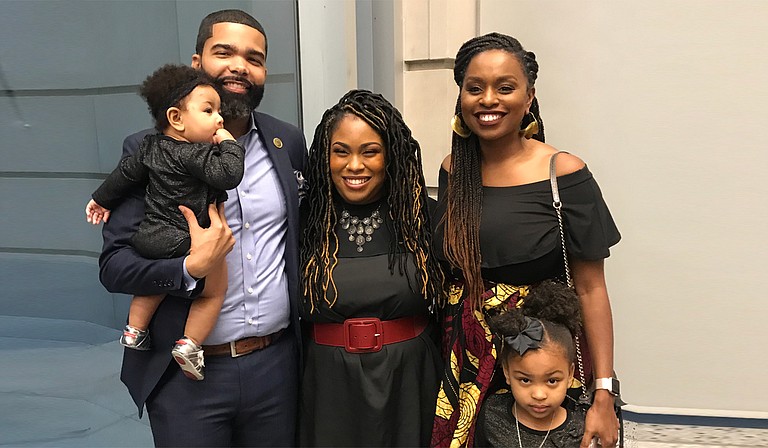 Mayor Chokwe Antar (top left) and wife Ebony Lumumba (top right) co-sponsored an event at the Mississippi Civil Rights Museum and Museum of Mississippi History on Oct. 10, 2018, to honor Angie Thomas (center) and her upcoming movie release of "The Hate U Give." The couple brought their children, Nubia (top left), and Alake (bottom right) to the event. Ko Bragg