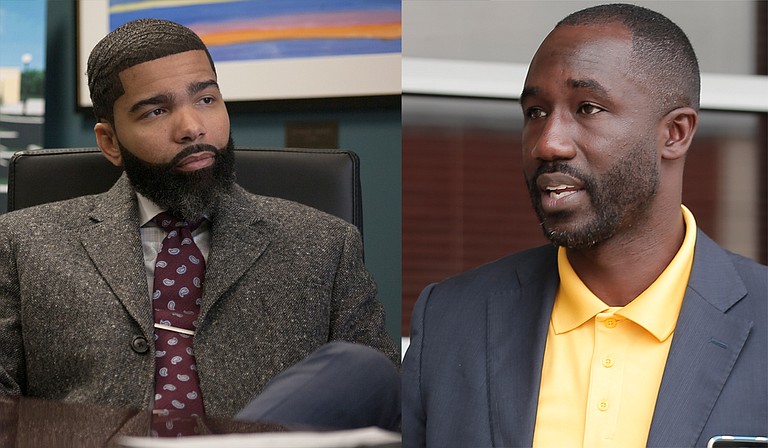 Examining the salaries of department heads in the City of Jackson under Mayor Chokwe A. Lumumba and former Mayor Tony Yarber shows that Lumumba’s executive staff gets paid between 3.4 and 8 percent more than the previous mayor’s did—but the women don’t fare as well as the men. File Photo

JACKSON — As we get nearer to annual budget hearings in the City of Jackson, you can almost feel the tension mounting around money issues.

In April, the bickering came over the council's decision to raise the part-time city clerk's salary so that Ward 1 Councilman Ashby Foote could hire a new clerk. Other municipal workers protested.

During a discussion about the payroll at that same meeting, Mayor Chokwe Antar Lumumba, who did not support the pay raise for part-time city clerks, defensively aired out his frustrations with rumors he had heard about how much money people in his administration were making, including one claiming a 30-percent increase in the mayor's staffing budget.

Lumumba said everybody who came to work for him took less money than they were previously making, and that one person on his executive staff took $50,000 less, but he would not name that person.

An analysis of city salaries shows that Mayor Lumumba's "A-Team" makes between 3.4 and 8 percent more than Yarber's did. That group includes the chief administrative officer, the chief of staff, the communications manager, the public-works director, the director of planning and development, and the director of administration.

The variation depends on whether you count the time when Kishia Powell was public-works director from 2014-2016 paid at $150,000 a year compared to when Jerriot Smash took over the role when Powell went to Atlanta. He made $126,000.

Six people in the Lumumba administration are making six figures compared to four under Yarber. Of those, the mayor's salary ($119,999.36) and the chief of police's salary ($112,998.08) are the only positions with wages that are exactly the same across both administrations.

The Cost of the 'A-Team'

Last summer, Lumumba began announcing members of what he labels as his "A-Team." This group, hailing largely from academia, comes at a price, however.

Public Works Director Bob Miller is the highest-paid person in the City of Jackson with a salary of $125,991.84. However, Powell, Yarber's initial pick for the position, was paid almost 20 percent more than Miller. When Powell went to Atlanta to work for Mayor Kasim Reed, Smash filled in and remained until Miller took over the role in October 2017. Smash made $38 more than Miller makes now.

Robert Blaine, the city's chief administrative officer, is the second-highest paid member of the mayor's "A-team" (not including the mayor) making $111,537.92. His role involves making sure the City is operating efficiently. The various divisions in city government report to Blaine, with the exception of the chief of police, who reports directly to the mayor.   Blaine was an unconventional choice for the role considering he has a background in music and working in administration at Jackson State University and Tougaloo College. The CAO under Yarber, originally Gus McCoy, made three-fourths of what Blaine makes.

Then comes Charles Hatcher with the Department of Finance and Administration who makes just over $105,000—an approximately 24-percent increase over the woman in that role under Yarber, Michelle Battee-Day. Hatcher, a Cornell University graduate with bachelor's, master's and doctorate degrees in consumer economics from the Ivy League School, worked as a professor, then an independent consultant before coming to Jackson.

Mukesh Kumar, the director of planning and development, makes approximately $2,000 more than the last director, with a salary of $86,908.64. Kumar spent nearly 15 years as a professor of urban and regional planning at Jackson State University before joining the Lumumba administration.

The women of the Lumumba "A team" have either seen very little pay increase compared to their predecessors or are being paid less.

Looking at the women's salaries across both administrations, the only women to make six figures in both cabinets have been the city attorneys. Sharon Gipson, Lumumba's city attorney, makes $8 less than Monica Joiner, the city attorney under Yarber, with a salary of $106,238.08.

Omari helps execute and advance the mayor's vision for the City and serves in his place when he is out of town, unavailable, or if a situation can be resolved without him. She also manages constituent services, the business community and communications.

Before coming to work for the City, Omari was the Associate Vice President for Research and Sponsored Programs.

The Pew Research Center found that in 2017, women in the United States working part-time and full-time earned 82 percent of what men earned.

CORRECTION: Safiya Omari's position at the time of departure from JSU was Associate Vice President for Research and Sponsored Programs. The changes are reflected above.

Email city reporter Ko Bragg at [email protected] and follow her on Twitter at @keaux_ for breaking news.