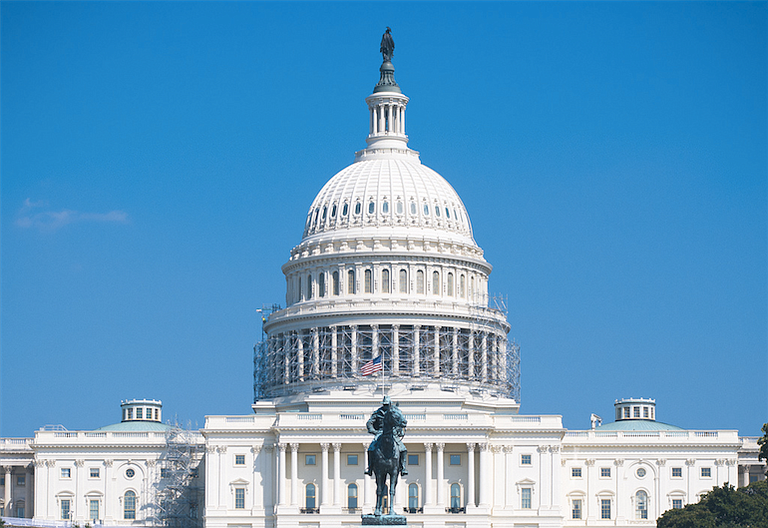 Congress moved Tuesday to dismantle a chunk of the rules framework for banks, installed to prevent a recurrence of the 2008 financial crisis that brought millions of lost jobs and foreclosed homes. Flickr/Dan G

WASHINGTON (AP) — Congress moved Tuesday to dismantle a chunk of the rules framework for banks, installed to prevent a recurrence of the 2008 financial crisis that brought millions of lost jobs and foreclosed homes.

The House voted 258-159 to approve legislation rolling back the Dodd-Frank law, notching a legislative win for President Donald Trump, who made gutting the landmark law a campaign promise.

The Republican-led legislation, pushed by Wall Street banks as well as regional banks and smaller institutions, garnered some votes from House Democrats. Similarly, the bill splintered Democrats into two camps when the Senate voted 67-31 to approve it in March.

The bill raises the threshold at which banks are deemed so big and plugged into the financial grid that if one were to fail it would cause major havoc. Those banks are subject to stricter capital and planning requirements. Backers of the legislation are intent on loosening the restraints on them, asserting that would boost lending and the economy.

The legislation is aimed at especially helping small and medium-sized banks, including community banks and credit unions. But critics argue that the likelihood of future taxpayer bailouts will be greater once it becomes law. They point to increases in banks' lending and profits since Dodd-Frank's enactment in 2010 as debunking the assertion that excessive regulation of the banking industry is stifling growth.

U.S. banks' net income climbed to $56 billion in the January-March quarter, a 27.5 percent increase from a year earlier, as profits were revved up by the corporate tax cuts enacted late last year, the Federal Deposit Insurance Corp. reported Tuesday.

"This is not a bill that benefits consumers. It is a big-bank bonanza," Rep. Al Green, D-Texas, said in debate on the House floor before the vote.

The bill makes a fivefold increase, to $250 billion, in the level of assets at which banks are deemed to pose a potential threat if they fail. The change would ease regulations and oversight on more than two dozen financial institutions, including BB&T Corp., SunTrust Banks, Fifth Third Bancorp and American Express.

Eventually, the exempted banks will no longer have to undergo an annual stress test conducted by the Federal Reserve. The test assesses whether a bank has a big enough capital buffer to survive an economic shock and keep on lending. The banks also will be excused from submitting plans called "living wills" that spell out how a bank would sell off assets or be liquidated in the event of failure so it wouldn't create chaos in the financial system.

Rep. Jeb Hensarling, the Texas Republican who heads the House Financial Services Committee, said Main Street banks "have been suffering for years under the weight" of the Dodd-Frank regulations. "Help is on the way," Hensarling declared. "Today is an important day in the history of economic opportunity in America."

Republican lawmakers, with Hensarling at the forefront, have been chafing at Dodd-Frank's restrictions in the eight years since its enactment by President Barack Obama and Democrats in Congress, and finally prevailed with Tuesday's vote.

Trump is probably eager to sign the bill. "We're going to be doing a big number on Dodd-Frank," he promised just weeks after taking office last year, complaining that the regulations choked lending, cramped the economy and hampered job creation.

Supporters of the bill say Dodd-Frank was too blunt an instrument in response to the financial crisis, hurting smaller lenders that played no role in the debacle. They provide more than half of small business loans and over 80 percent of agricultural loans.

The legislation also exempts certain banks and credit unions from requirements to report some mortgage loan data. The exempted data includes the age of a loan applicant, credit score, total loan costs and interest rate. Critics say that would make it easier for banks to discriminate against minorities seeking home mortgages and go undetected.

In response to the Equifax breach that exposed personal information for more than 145 million Americans, the bill requires free credit freezes for all consumers affected by data breaches. Currently most states allow the credit reporting companies to charge consumers a fee for freezing their credit.

Backers of the legislation note that the Federal Reserve still will have the authority to apply tougher standards for banks with $100 billion to $250 billion in assets.