Gunman Opens Fire in Texas High School, Killing Up to 10 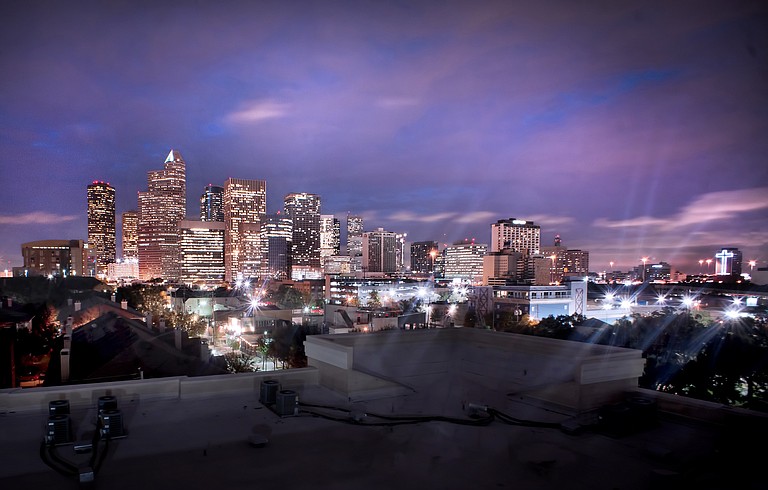 SANTA FE, Texas (AP) — At least one gunman opened fire at a Houston-area high school Friday, killing eight to 10 people, most of them students, authorities said.

Harris County Sheriff Ed Gonzalez said he could not be precise about the number of deaths at Santa Fe High School, which went on lockdown around 8 a.m. Two suspects believed to be students were in custody.

It was the nation's deadliest school shooting since the February attack in Parkland, Florida, that killed 17 people and re-energized the gun-control movement after surviving teens launched a campaign for reform.

The school district confirmed an unspecified number of injuries but said it would not immediately release further details. A school police officer was being treated at a hospital, the sheriff said, but there was no immediate word on the extent of his injuries.

"We hope the worst is over, and I really can't say any more about that because it would be pure speculation," Assistant Principal Cris Richardson told reporters at the scene.

Aerial footage showed students standing in a grassy field and three medical helicopters landing at the school in Santa Fe, a city of about 13,000 residents roughly 30 miles (48 kilometers) southeast of Houston.

One student told Houston television station KTRK in a telephone interview that a gunman came into her first-period art class and started shooting. The student said she saw one girl with blood on her leg as the class evacuated the room.

"We thought it was a fire drill at first but really, the teacher said, 'Start running,'" the student told the television station.

The student said she did not get a good look at the shooter because she was running away. She said students escaped through a door at the back of the classroom.

Authorities did not immediately confirm that report.

The U.S. Bureau of Alcohol, Tobacco, Firearms and Explosives said it was responding to the shooting.

In the aftermath of the Feb. 14 attack on Marjory Stoneman Douglas High School, survivors pulled all-nighters, petitioned city councils and state lawmakers, and organized protests in a grass-roots movement.

Within weeks, state lawmakers adopted changes, including new weapons restrictions. The move cemented the gun-friendly state's break with the National Rifle Association. The NRA fought back with a lawsuit.

In late March, the teens spearheaded one of the largest student protest marches since Vietnam in Washington and inspired hundreds of other marches from California to Japan.