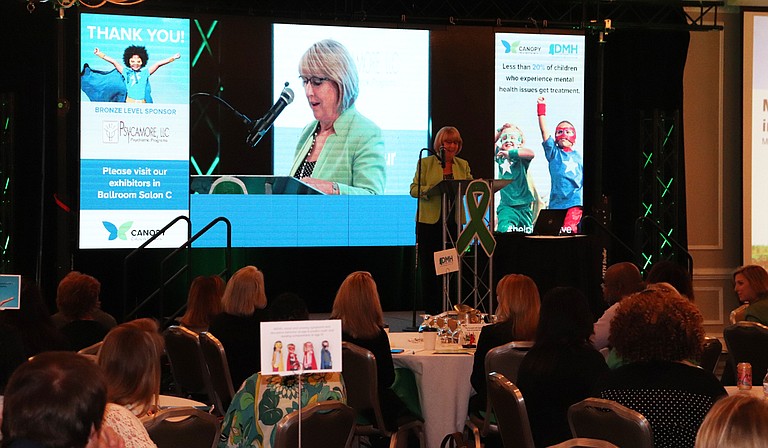 First lady Deborah Bryant spoke out against the stigma of suicide at the children’s mental-health summit, noting that her own father committed suicide. Kym Williams/Canopy Children’s Solutions

JACKSON — Twelve years ago, Teresa Mosely was watching a movie with her family on a normal summer night. Her daughter Elisabeth went up to bed before Teresa. That night Teresa did not go in to say her usual "good night" to her daughter. The next morning, she found Elisabeth hanging from her closet rod.

Refusing to remain silent, Mosely recalls her daughter's suicide like it happened yesterday. She remembers her younger daughter Emily, who was 9 years old at the time, running into the room and finding her in hysterics after she found Elisabeth.

"The 9-year-old took the phone and told me to call 9-1-1 or actually, I think she called 9-1-1 and gave the phone to me, and that girl grew up that day," Mosely said at the Children's Mental Health Summit in Jackson on May 11.

Elisabeth, who was 15 when she died, had struggled with anxiety and depression starting in seventh grade, and she went through various medications and therapy.

By summer 2006, however, Elisabeth looked to be in better spirits. Teresa said Elisabeth was a fun-loving prankster who secretly loved Shakespeare and loved all animals, especially their family dogs.

After Elisabeth's death, Mosely found out that she had texted a friend the night she took her life, saying, "Oh my gosh, I'm so scared." She had also told two friends that she "was tired of living," but those 15-year-olds did not know what to do with that information—and stayed silent. Mosely has made it her mission to make as much noise as possible to save others.

"We just felt like she wanted attention,'" her daughter's friend told Mosely.

"And that's why our kids need to be trained on how to recognize the signs and symptoms of what's going on with a friend," she said at the summit.

Mosely has talked openly about Elisabeth's death since it occurred in June 2006. She encouraged the mental-health workers and caseworkers at the summit to speak with educators, community leaders and churches about treating mental health like an illness, which requires attention.

"I feel the need to challenge the stigma of suicide—all suicide survivors must do that if we intend to make a difference. We have to be willing to speak up, as painful as it is," Mosely said.

First lady Deborah Bryant shared her desire for kids as early as kindergarten to receive coping and life skills because so many kids are experiencing depression and could consider suicide later on. Bryant said she lost her own father, who had bipolar disorder, to suicide.

"I share with these kids as I go across the state, (suicide) is a very permanent solution to a temporary problem, and it should not be an option," Bryant said.

In 2016, 385 Mississippians committed suicide, statistics from the Mississippi Department of Health show, which means more than one person per day took his or her own life in the state. There were more suicides in Mississippi in 2016 than homicides. The Department of Mental Health has a coordinated plan to begin to address suicide in the state. The Legislature passed state law to require all school district employees to complete suicide-prevention training. Later they passed legislation requiring school districts to adopt suicide prevention policies. All school employees were supposed to be trained by the current 2017-2018 school year.

Several parts of the state's suicide-prevention plan deal with data collection and how medical professionals can identify people potentially at risk for suicide.

David Elkin, a psychiatry professor at the University of Mississippi Medical Center, said that suicide is typically linked to some mental-health disorder, like depression, anxiety or some compulsory disorders. He explained that signs of suicide can be a person withdrawing from social circles, sadness or a change in behavior. 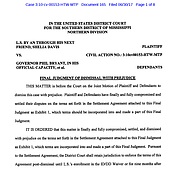 "The question is, 'Can we predict suicide?' And the answer is no. However, if someone is talking about self-harm, you should take it seriously," Elkin told the Jackson Free Press.

Elkin said it is important for parents and caregivers to talk to adolescents about suicide, countering the narrative that talking about it will "put the idea in their head." Elkin said that that's not accurate—and that kids are already thinking about it.

"If you see your child behaving differently than they have been, then ask about it," Elkin said.

If adolescents hear that a friend is thinking about hurting themselves or killing themselves, Elkin said they should talk to their parents or trusted adults. He noted the role that social media, particularly Instagram and Snapchat, are playing in depression and anxiety rates particularly in younger adolescents.

Courtney Bagge at UMMC is ramping up statewide efforts to combat suicide in kids and adults. Elkin said the suicide prevention hotline is a good resource for parents and students.

Eight years ago, a group of Mississippi kids, with help from several legal organizations, sued the State of Mississippi for lack of access to mental-health care services for children and an over-reliance on institutions instead of community-based care. That lawsuit, called Troupe v. Barbour, was settled on behalf of one child—not a whole group or class of kids—in 2017. Since then, the U.S. Department of Justice sued Mississippi for similar violations in its adult mental-health system.

But just how many kids receive mental-care services? Not many.

John Damon, executive director of Canopy Children's Solutions, estimates that about 30,000 of the 131,000 kids in the state with a mental-health challenge get help. Canopy is one of the state's largest mental-health providers for children and holds several state contracts.

"I am very concerned that we are not as a state, as a whole, making sure every kid gets the help that they need," Damon said last week. "... How I know we haven't arrived is if I flipped the discussion to health care and said one in five kids has cancer and 80 percent don't get treatment, we would all storm the Capitol. It's unacceptable for a kid with cancer to not get treatment, yet with mental health, it's treated differently." 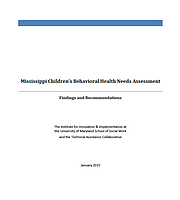 Canopy is the contractor for the state's reunification and preservation program for kids in foster care, which served more than 1,400 children in 2016.

The program, Damon says, costs the state $1.6 million but likely saves the state nearly $21 million by keeping children in their homes or keeping them with a family member instead of them entering a foster home or adoptive family.

The intensive program puts a CPS caseworker and a mental-health professional into a home up to 20 hours a week to help get to the root of the problems, if abuse has occurred, or if a child has a mental-health diagnosis.

"We'll know we've arrived when we no longer use the word 'mental' in front of 'health' and just talk about healthy kids and that talks about everything," Damon said. "We've got to integrate our care with pediatricians and make it seamless with mental-health care all the way through."