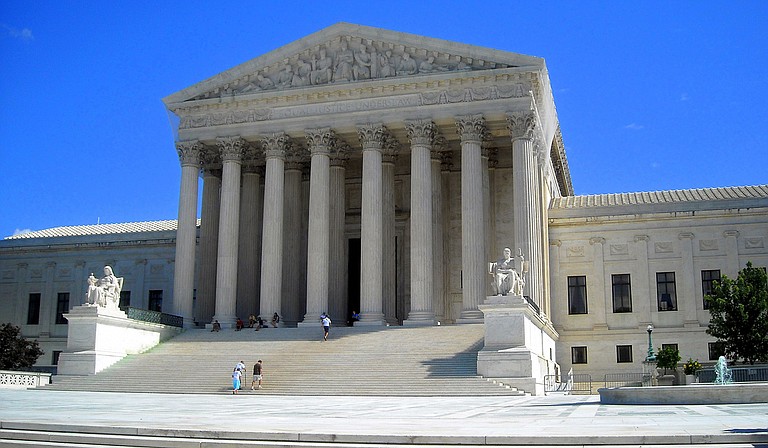 A lawsuit filed last week in Texas seeks to shut down the Deferred Action for Childhood Arrivals program and may create a legal clash that could speed the issue's path to the Supreme Court. Flickr/NCinDC

WASHINGTON (AP) — Three judges have ordered the Trump administration to continue a program that has shielded hundreds of thousands of young immigrants from deportation. Now, a lawsuit filed last week in Texas seeks to shut down the Deferred Action for Childhood Arrivals program and may create a legal clash that could speed the issue's path to the Supreme Court.

President Donald Trump's decision in September to phase out the Obama-era program, called DACA, resulted in protests and a failed congressional effort to salvage it. Experts say it's a matter of when, not if, the Supreme Court will rule on the program. It could be the second opportunity for the high court to weigh in on a high-profile decision of the president's, with a ruling on Trump's travel ban expected before the end of June.

Josh Blackman, a professor at South Texas College of Law Houston, said the Texas lawsuit filed May 1 tees up "a fast pass to the Supreme Court."

If Texas and six other states persuade a judge to issue a nationwide order barring the government from continuing DACA, that decision could conflict with existing judges' orders telling the government it must partially continue the program. That's the kind of conflict the Supreme Court generally steps in to address.

The high court has already finished hearing arguments ahead of its summer break at the end of June, and it's rare for the court to hear arguments again before October. But if judges issue conflicting orders on what the government must do with DACA, the court might be asked to make an interim, procedural decision, said Stephen Yale-Loehr, who teaches immigration law at Cornell University's law school. The Texas lawsuit "creates even more uncertainty in what is going to happen," he said.

Judges in California and New York have ruled that the Trump administration must allow current DACA participants to renew their enrollments, but the government doesn't have to process new applications. A ruling by a judge in the District of Columbia would require the government to also process new applications, but it has been put on hold until late July.

While these lawsuits challenged Trump's decision to wind down DACA, the lawsuit filed by Texas, Alabama, Arkansas, Louisiana, Nebraska, South Carolina and West Virginia aims to end it. The states argue the creation of the program was unlawful, an overreach by President Barack Obama, a conclusion the Trump administration agrees with.

And the states filed the case in a way to put it before a potentially sympathetic judge, U.S. District Judge Andrew Hanen in Brownsville, Texas.

Hanen criticized the Obama administration for lax enforcement of immigration laws. And in 2015 he ruled against an expansion of DACA by Obama as well as a program that would have protected the parents of children who are in the country legally. His ruling blocking the programs was upheld by an appeals court. The Supreme Court, short a member after the death of Justice Antonin Scalia, was divided 4-4 on the case in 2016, leaving the lower court's ruling in place.

If Hanen sides with the states, he could order the government to immediately stop processing new DACA applications or renewing old ones, which would contradict the existing orders. That would create a "pretty chaotic" situation that the Supreme Court would likely want to resolve, Vladeck said.

There is also the possibility that the Trump administration could issue a new memo, replacing one from September, with a fuller explanation of why it chose to wind down DACA, a move that would lead to another flurry of legal filings. The fact the administration hasn't yet done that, though, suggests it may be reluctant to do so.

The Trump administration has seemed eager to get the issue to the Supreme Court quickly. Earlier this year it took the unusual step of asking the high court to hear the California case before a federal appeals court had ruled on it. The high court declined to do so in late February, but it may not be able to avoid the issue for long.

"We're moving toward the Supreme Court," Vladeck said. "How quickly depends on what happens next."