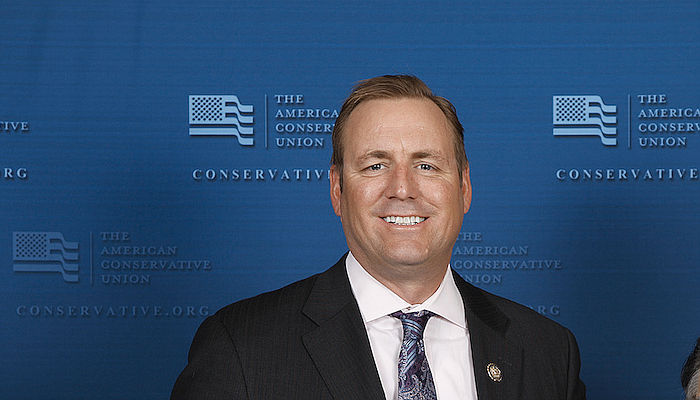 "Congress hasn't done its job. So I'm going to force the issue," Rep. Jeff Denham (pictured), R-Calif., a leader of the effort to force the votes, said in an interview. Another leader of the group, Rep. Carlos Curbelo, R-Fla., whose South Florida district is about three-fourths Hispanic, was first to sign. Flickr/ACUConservative

WASHINGTON (AP) — Republicans with moderate views on immigration defied party leaders and took steps Wednesday toward forcing election-year House votes on the issue, and one top maverick said they had enough support to succeed.

The rebellious lawmakers are pushing the House to vote in June on four bills including a bipartisan compromise, a conservative proposal and a liberal plan. Many of the legislators demanding action face potentially competitive re-election races in November in congressional districts with large numbers of Hispanic, suburban or other voters with pro-immigration views.

The move comes after a heated fight early this year over helping young immigrants in the country illegally. Competing bills, including one backed by President Donald Trump, collapsed in the Senate and never received votes in the House. Both parties had seemed ready to turn the battle into a campaign issue, with Democrats accusing GOP candidates of being anti-immigrant and Republicans accusing Democrats of being soft on illegal immigration.

But Republican immigration moderates wary of being politically exposed if the House abandons the issue have continued pushing leaders for votes and on Wednesday seemed to have momentum in their favor. A group of them filed a petition that would force votes on immigration if they gained the signatures of 218 House members, a majority of the chamber's full membership.

"Congress hasn't done its job. So I'm going to force the issue," Rep. Jeff Denham, R-Calif., a leader of the effort to force the votes, said in an interview. Another leader of the group, Rep. Carlos Curbelo, R-Fla., whose South Florida district is about three-fourths Hispanic, was first to sign.

"The American people expect us to lead with courage - not to be paralyzed by cowardice. The time for action is now," Curbelo tweeted.

Of the four bills that would be voted on, the bipartisan compromise is considered likeliest to prevail. House Speaker Paul Ryan, R-Wis., has opposed permitting the votes, and party leaders are trying to persuade GOP lawmakers to not sign on. Ryan has tried unsuccessfully to round up enough support for the conservative alternative and has said he doesn't want votes on immigration legislation that Trump won't sign.

By early Wednesday afternoon, 15 Republicans had signed on. With virtually all 193 Democrats expected to add their names, the moderates' push for votes would succeed if just 10 more GOP lawmakers joined them.

In a meeting Tuesday with Ryan, Denham said he told the speaker he had the backing he needs. Under House rules, the earliest the chamber would vote on the group's proposal is late June.

Asked about the moderates' effort, Ryan spokeswoman AshLee Strong said, "We continue to work with our members to find a solution that can both pass the House and get the president's signature."

Denham introduced his proposal in March and has 248 co-sponsors, including virtually all Democrats and more than 50 Republicans. Ryan could well persuade some Republicans to not sign the petition, but Steny Hoyer of Maryland, the No. 2 House Democrat, said in a brief interview that he expected Democrats to sign on.

Democrats have pushed this year to protect from deportation hundreds of thousands of young immigrants who have been shielded by the Deferred Action for Childhood Arrivals program, or DACA. That program lets immigrants brought to the U.S. illegally as children stay in the country for two-year, renewable periods.

A conservative House bill would let DACA recipients stay in the U.S. temporarily but would also reduce legal immigration, allow construction of Trump's proposed border wall with Mexico and crack down on sanctuary cities that don't cooperate with federal immigration authorities.

The liberal DREAM Act — Development, Relief and Education for Alien Minors — would give the young immigrants, commonly known as "Dreamers," a chance at citizenship.

The bipartisan compromise by Reps. Will Hurd, R-Texas, and Pete Aguilar, D-Calif., would offer a way for Dreamers to remain in the U.S. legally but would not offer citizenship. It would take steps toward toughening border security but would not specifically authorize Trump's wall.

For the fourth bill, Ryan would be allowed to offer any plan he wants.