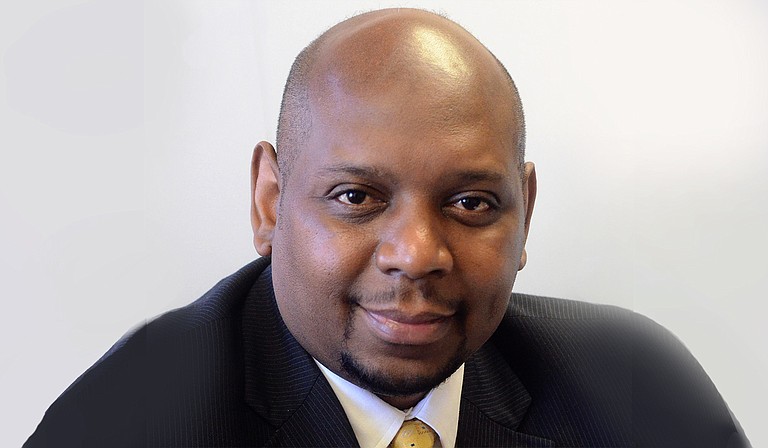 Matthew Riley, the state re-entry coordinator, visited all 82 counties in Mississippi and found some companies willing to hire ex-offenders while others were not ready to offer those opportunities. MDOC

JACKSON — Matthew Riley has been on the road a lot lately. As the state re-entry coordinator, Riley visited all 82 counties in Mississippi in the past nine months in search of employment opportunities for returning citizens leaving the state's corrections system.

He found mixed results, and the Mississippi Department of Corrections is hosting an all-day re-entry symposium on Thursday, June 21, to bring more stakeholders to the table to work on re-entry efforts. Riley said he is working on a survey for employers in the state to see if they have hired any ex-offenders.

"We had some good responses and ... after the symposium, we will come back and follow up with those employers we visited and ask them if anything has changed—asking if they hired anyone," he told the Jackson Free Press.

MDOC staff members are in contact with some of the state's big employers like Nissan, Toyota and Ingalls Shipbuilding as well as other, smaller businesses. Riley is keeping a list of businesses statewide that will hire former inmates.

Riley was surprised that some mid-level employment positions are closed to ex-offenders due to rigorous requirements in state law. The casinos, which the Mississippi Gaming Commission governs, will not employ an ex-inmate, even in the restaurants or hotels. All casino employees have to go through extensive background checks, Riley said.

"I thought we had an opportunity to gain some ground for our men and women to go into hotels ... (but) that's out of the question. That really shocked me, particularly with the casino hotels and the restaurants," Riley said.

State law mandates that the executive director of the Gaming Commission "shall refuse to issue a work permit if the applicant has committed, attempted or conspired to commit a crime which is a felony in this state." MDOC currently has several vocational programs in its facilities, including welding and automotive programs. Riley said his goal is to identify mid-level career positions for ex-offenders, targeting companies that need the workforce.

"Mississippi offenders are an untapped workforce we are training in our facilities," Riley said.

Riley's big sell for companies unsure of hiring ex-inmates is the federal bonding program, a national incentive that provides protection for employers from loss of money or property for six months after they hire an ex-inmate. Riley is also educating employers about parole and probation. Mississippians on parole and probation are subject to drug testing and at times, other restrictions. He said those on parole or probation are already more accountable due to their required check-ins with an officer.

The re-entry symposium this week will bring subject-matter experts to the capital as well as policymakers, educators and health-care professionals, Riley said. MDOC needs community support to help with re-entry efforts, ultimately, due to lack of funding.

"We have no additional money for new programs," Commissioner Pelicia Hall said in a press release. "Therefore, it is incumbent upon us to make sure that we are teaching offenders what they need in the programs we have."

Indeed, MDOC cut off funding to county sheriff's departments after the legislative session this year, citing a budget deficit and the need to conserve funds. Lawmakers are aware of the budget shortfall in corrections in the state, but revenue collections are not likely to increase—many Democrats point to the 2016 tax cut that will pull even more funds from the state's coffers this fiscal year as the reason for this.

"The fact is we have funding issues in corrections. That's not a revelation to anybody," he said at the Capitol in April when sheriffs requested a hearing about their cut funds. "There have been some deficit-spending issues, and all of them haven't been addressed."

The state re-entry council has repeatedly handed off recommendations to lawmakers to ease re-entry for inmates, including provisions to not take away driver's licenses immediately upon arrest because inmates need identification to get a job upon release. The Legislature enacted a handful of criminal-justice reforms this year, including measures to stop judges and law-enforcement officials from stacking penalties on individuals as well as keeping judges from jailing men and women who cannot afford to pay their fines and fees.

Gov. Phil Bryant vetoed another criminal-justice measure this year, however, that would have allowed inmates to keep their licenses (unless their offense was driving-related). Bryant said he vetoed the bill primarily because a provision would have required MDOC to determine whether an inmate is indigent before making him or her pay parole, probation or supervision fees. Mississippians on parole or probation must pay a monthly $55 fee; these fees account for an estimated $13.5 million in MDOC's budget. Citing budget concerns for the agency, Bryant vetoed the measure.

The re-entry symposium is Thursday, June 21, at Christ United Methodist Church in Jackson on Old Canton Road, at 9 a.m.