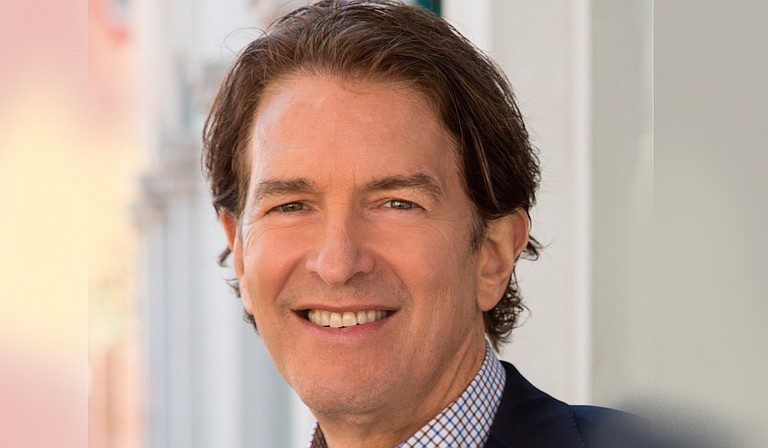 Howard Sherman, an investor and husband to actress Sela Ward, is running as a Democrat in the crowded primary for Sen. Roger Wicker’s seat. Howard Sherman

JACKSON, Miss. (AP) — U.S. Sen. Roger Wicker of Mississippi easily won a Republican primary Tuesday, months after being endorsed by President Donald Trump and the same day Trump tweeted that the legislator "has my total support!"

Wicker served nearly 13 years in the U.S. House before then-Gov. Haley Barbour appointed him to the Senate in late 2007 when fellow Republican Trent Lott resigned. Wicker's opponent in the November race isn't decided, as the Democratic primary heads to a June runoff.

Voter Mark Wall of Madison said he supported Wicker because of his conservative values and advocacy for the state: "He's done a lot to bring stuff to Mississippi that we need."

Six Democrats ran, and the top two headed to the June 26 runoff are state Rep. David Baria of Bay St. Louis, who looked to come in second place to venture capitalist Howard Sherman, who's married to TV and movie actress Sela Ward.

On Tuesday, Wicker told The Associated Press: "It does seem based on statements coming from the various Democratic campaigns that opposition to the Trump agenda will be front and center in their emphasis. I don't think that sounds like a winner in Mississippi."

Mississippi is heavily Republican; it last had a Democrat in the Senate in 1989, when John C. Stennis retired.

Baria is an attorney and served one state Senate term before being elected in 2011 to the Republican-led Mississippi House, where he's now the Democratic leader. He criticizes Republicans for cutting taxes and refusing to expand Medicaid.

"The race now will be between a Mississippi Democrat and a California Republican," Baria said in a statement Tuesday night. "I'm ready for that race and I look forward to three more weeks of talking to the Mississippians I grew up with and have lived and worked with all my life."

Sherman and Ward raised their two children in Los Angeles, where he grew up, and the couple now lives near her hometown of Meridian, Mississippi. Sherman said Tuesday night that he had run against a "closed club" of experienced politicians who wrangled endorsements from other officeholders.

"All I had was a new way, a plan, accountability and a new Mississippi, and that's what people responded to," Sherman said.

As Sherman and Ward campaigned Tuesday at a soul food restaurant in Jackson, Ward told voter Harry Levy Jr. that Wicker has had a long career in Washington, serving in the House 13 years before moving to the Senate in late 2007 — and, she said, Mississippi is still poor.