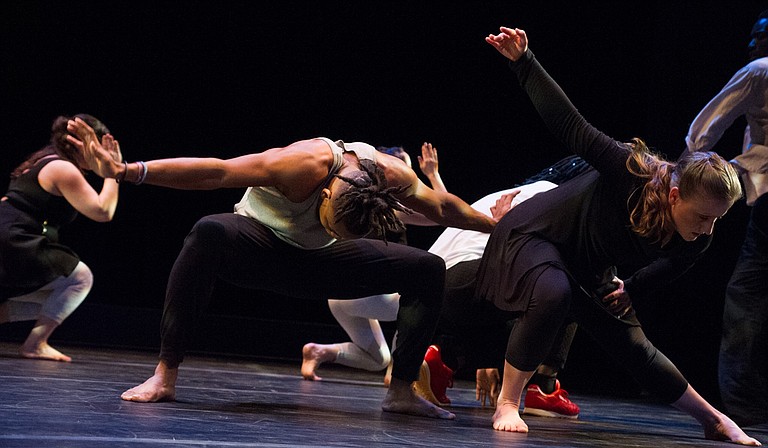 On Tuesday, Aug. 7, performance troupe beheard.world will perform in Jackson for its first show on a five-city tour through cities along the Great Migration Trail, or the path of 4 million African Americans who fled the South in the 1900s in search of social and economic justice.

The purpose of the tour is to inspire dialogue among people of different racial identities, group co-founder Anna Myer says. "Our goal is to start a conversation," she says. "It's about listening to one another and having empathy for each other, both black and white."

beheard features a racially mixed group of hip-hop and contemporary dancers, spoken-word poets and filmmakers. The other cities on the tour include Memphis, Tenn., St. Louis, Ferguson, Mo., Milwaukee and Chicago. Filmmakers will document the group's journey for a film called "Up the Migration Trail."

"There are different levels of racism that exist, and it's important to know how to lend a hand to make  change," she says.

The evening's festivities will begin at 6:30 p.m. at the Mississippi Museum of Art's Art Garden (380 S. Lamar St.) with a poetry reading and a rally for equality. In conjunction with a youth marching band, beheard.world will then walk from the garden to the Mississippi Civil Rights Museum to perform its headlining set, "Invisible: Imprints of Racism." The free performance starts at 7:30 p.m. and ends with a facilitated audience talkback.

"We're using the tools we have to create a wide swath of awareness and give people who want to do something about it a place to latch on," co-founder Jay Paris says. "This is a chance to say, 'I'm committed, and I'm  standing up to change it.'"