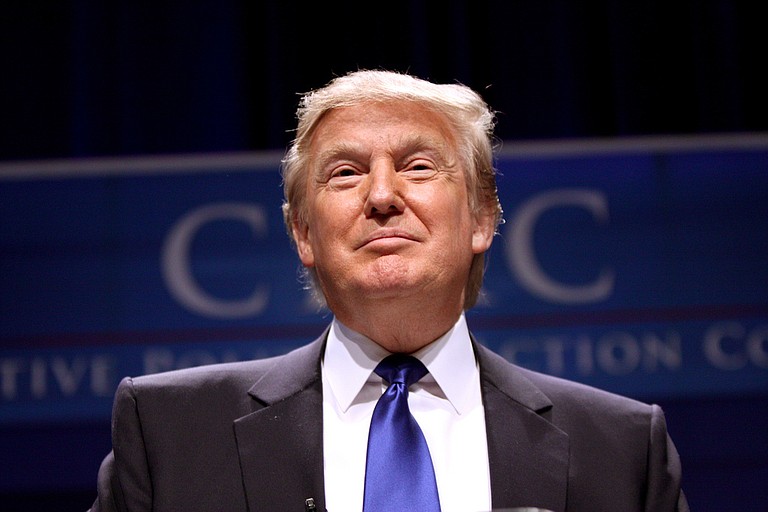 President Donald Trump is considering revoking the security clearances of six former Obama-era officials who have been critical of his administration, a move that opponents say would be an unprecedented politicization of the clearance process. Flickr/Gage Skidmore

WASHINGTON (AP) — President Donald Trump is considering revoking the security clearances of six former Obama-era officials who have been critical of his administration, a move that opponents say would be an unprecedented politicization of the clearance process.

The comments came hours after Republican Sen. Rand Paul of Kentucky tweeted that he was planning to talk to Trump about revoking Brennan's clearance. Brennan had offered particularly scathing criticism of the president's performance at a summit with Russian President Vladimir Putin last week, tweeting that Trump was "wholly in the pocket of Putin."

Former CIA directors and other top national security officials are typically allowed to keep their clearances, at least for a period, so they can be in a position to advise their successors. At least one of the former officials, ex-FBI Deputy Director McCabe, does not currently have security clearance, his spokeswoman said.

Sanders accused the officials of having "politicized and in some cases monetized their public service and security clearances" by "making baseless accusations of improper contact with Russia or being influenced by Russia."

"The fact that people with security clearances are making these baseless charges provides inappropriate legitimacy to accusations with zero evidence," she said.

Paul tweeted later that he had sat down with Trump to talk about Brennan.

"Just got out of WH meeting with @realDonaldTrump," he tweeted later in an update. "I restated to him what I have said in public: John Brennan and others partisans should have their security clearances revoked."

He added: "Public officials should not use their security clearances to leverage speaking fees or network talking head fees."

Brennan had called Trump's press conference with Putin "nothing short of treasonous." While standing next to Putin, Trump had openly questioned his own intelligence agencies' conclusions that Moscow was to blame for meddling in the 2016 U.S. election to help Trump and seemed to accept Putin's insistence that Russia's hands were clean.

Hayden tweeted Monday that a revocation of his security clearance wouldn't "have any effect on what I say or write."

And Melissa Schwartz, a spokeswoman for McCabe, tweeted that his security clearance was deactivated when he was terminated in March 2018, "according to what we were told was FBI policy."

"You would think the White House would check with the FBI before trying to throw shiny objects to the press corps...," she wrote.

Experts appeared split on whether the president has the authority to terminate a security clearance unilaterally.

"It's a disputed question. There is a school of thought which holds that the president has complete and exclusive authority over security clearances," said Steven Aftergood at the Federation of American Scientists' Project on Government Secrecy. "Others argue that that's not so and that the president is limited by congressional power and legislative requirements."

But they agreed that a president asking to revoke the clearance of a political critic would be unprecedented.

John V. Berry, an attorney who represents federal intelligence agency employees, said such a move would "be terrible for America" and totally defeat the process of defending national security."

"It would be horrendous. I just can't imagine that you want to go down that road," he said, adding: "If we start interjecting politics into this, our country's going to be significantly weakened."

"Legalities aside, it seems like a terrible mistake to use the security clearance system as an instrument of political vendettas," added Aftergood. "The very idea is repugnant."

"I mean, what are they afraid of? This is a free country, we have freedom of speech, we have people giving their opinions, and this is just beyond the pale," he said.