Putin, Trump Talked About a Referendum for Eastern Ukraine 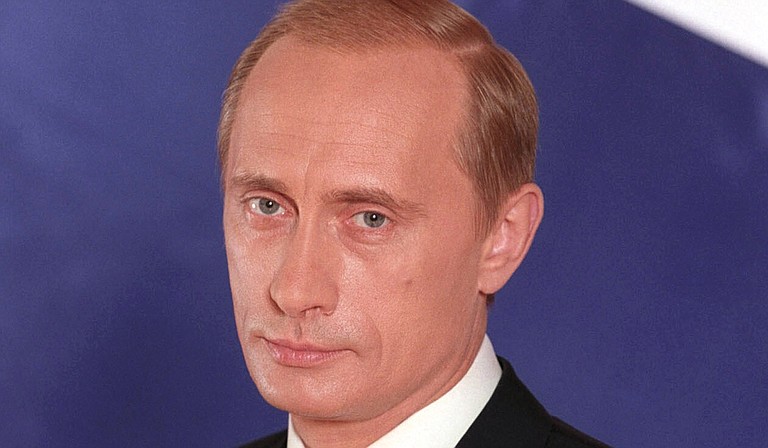 Ambassador Anatoly Antonov revealed the discussions amid confusion and concern in the U.S. about what the two world leaders actually agreed upon behind closed doors.

"This issue (of a referendum) was discussed," he said, adding that Putin made "concrete proposals" to Trump on solutions for the four-year, Russian-backed insurgency in eastern Ukraine, which has killed more than 10,000 people.

He did not elaborate on what Putin's solutions would be.

The move may be seen as an effort to sidestep European peace efforts for Ukraine and increase the pressure on the Ukrainian government in its protracted conflict with pro-Russian separatists in the Donbass region.

Trump tweeted that the two men discussed Ukraine, but has not mentioned a referendum or revealed specifics.

The U.S. and Russia have been on opposing sides of the conflict in Ukraine, which was unleashed after a popular uprising in 2014 against Ukraine's pro-Russian president and Russia's retaliatory annexation of Ukraine's Crimean Peninsula a month later.

Ukraine's government didn't immediately respond to the developments but former Foreign Minister Konstantin Grishchenko said, "Kiev will never agree to a referendum in the Donbass initiated by Russia."

"The Kremlin already used a referendum as justification for annexing Crimea. And Moscow is trying to use this theory and spread it to the Donbass," he said on the 112.ua television network.

International powers did not recognize the Crimean referendum that preceded Russia's annexation. Ukraine's Donetsk and Luhansk regions also held referendums in 2014 that were not recognized by Ukraine's government.

European powers are also expected to oppose a referendum in the Donbass, where pro-Russian separatists hold sway. They have been committed to a 2015 peace deal signed in the Belarusian capital of Minsk that has helped reduce the fighting but failed to find a lasting political solution for the region.

Putin has sought to become a Trump ally at a time when U.S. ties to Europe are fraying, and both presidents are critical of the EU and NATO. German Chancellor Angela Merkel pushed back Friday at Trump's questioning of NATO's central tenet of collective defense.

Ambassador Antonov called Monday's summit in Helsinki a "key event" in international politics and laughed off suggestions the two leaders made any "secret deals."

Antonov insisted that diplomatic discussions should remain discreet in order to be effective, but gave a few details of their discussions on arms control and said the summit notably made progress on U.S.-Russian cooperation on Syria's future.

He also said Moscow is ready to discuss a possible visit by Putin to Washington after a surprise invitation from Trump.

Antonov said it's important to "deal with the results" of the leaders' first summit before jumping too fast into a new one.

"(But) Russia was always open to such proposals. We are ready for discussions on this subject," he said.

The Kremlin hasn't responded yet to the proposal Trump that made Thursday.

The Russian ambassador to Washington also denounced what he saw as "anti-Russian anger" in the United States and the "severity" of the U.S. criticism of Trump's performance at the summit.

Antonov also pushed for the release of a Russian gun rights activist who has been accused of being a covert agent in the U.S., calling her arrest a "farce."

U.S. federal prosecutors accused Maria Butina this week of being a covert Russian agent and working to infiltrate U.S. political organizations, including the National Rifle Association, before and after Trump's election as president.