OPINION: The Battle for Clear Water and Control in Jackson 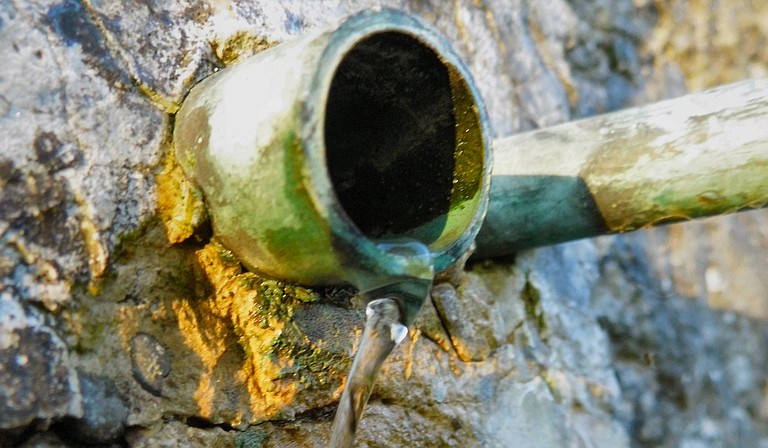 The city abandoning its appeal against the WRUA constitutes a surrender in a political and economic struggle over any municipality's most valued resource: its water system. Photo courtesy Siaron James

Recently, the Jackson City Council dropped its appeal to block the West Rankin Utility Authority from building its own wastewater facility in lieu of using Jackson's Savanna Street treatment plant. Public Works Director Bob Miller made this recommendation as a "good faith" appeal to show Jackson will be a better service provider.

The council's willingness to follow his lead is troubling. He has had less than three months of experience to navigate the tumultuous terrain that is the City's and Rankin County's relationship on this issue. City council members should know better in this regard. From the start, Rankin County officials have made it clear that any arrangement that does not include sharing control of the facility's operation and by extension, its resources, with the WRUA is a non-starter. Without any proof that Jackson's "good faith" overture will change the WRUA's position, dropping the appeal is a politically naive gamble and a waste of city resources.

To describe the haggling over Jackson's wastewater system between Rankin County and the City as contentious is an understatement. In the past, the City has argued that the WRUA's proposal is an attempt to take control of Jackson's wastewater treatment facility. It has also raised concerns about the economic and ecological impact a new facility would have on the Jackson metro area. Conversely, the WRUA has insinuated that the City's unwillingness to share control represents a monopoly of power and resources. Rankin County officials have also voiced concerns regarding Jackson's ability to competently operate and maintain the Savanna Street facility by citing the Environmental Protection Agency consent decree that requires improvements to the city's wastewater management.

At the heart of the acrimony between Rankin County and Jackson is a struggle for economic self-determination and power. Having absolute control over its own wastewater system provides Jackson with a level of self-sufficiency. The WRUA alone pays $5 million to have the Savanna Street facility treat its wastewater. Building a new facility will provide Rankin County with a new revenue stream and the ability to court other cities that use Jackson's facility. Given the difficulties that the City has had with complying with the EPA's consent decree, a new wastewater-treatment facility in west Rankin could spell economic doom for Jackson. It also increases the likelihood that the City will have its wastewater and sewer system taken over and privatized.

Miller has stated, "I subscribe to that theory that if you find yourself in a hole, stop digging." However, Miller's decision may very well bury Jackson in that hole.

The city abandoning its appeal against the WRUA constitutes a surrender in a political and economic struggle over any municipality's most valued resource: its wastewater system. The City waged its struggle through a costly legal battle. Jackson has spent hundreds of thousands of dollars on an expert from Virginia law firm Aqualaw, in addition to any other litigation costs. This is money gone down the drain.

Despite Jackson abandoning its appeal, the countersuit for breach of contract that WRUA filed against the City remains. It alleges that the Savanna Street facility has overcharged the authority for sludge removal, which the EPA consent decree mandates.

The WRUA continues its plans to build a new treatment facility. Its actions show a disinterest in negotiations or an amicable resolution. They also demonstrate a power struggle in which Jackson has folded. If the authority does not drop this countersuit, that means more litigation costs for Jackson. Did the City surmise this before dismissing its lawsuit? We will never know because the City did not consult the people in its decision.

The way in which the City handled this ordeal highlights a failure of representative democracy. Elected and appointed officials' decision on this matter will have an enduring impact on Jackson's residents. Officials should not have made a decision in executive sessions and closed-door meetings. This should have been a mass question that the City took to the people.

Mayor Lumumba was fond of saying, "When I become mayor, you become mayor," during his campaign. To make that a reality, the City must incorporate the people-centered principles of equity, accountability, transparency, participation and universality in its decisions. This is the only way to ensure that Jackson becomes the most radical city on the planet and that the people have real power.

Adofo Minka is a human defense lawyer who lives in West Jackson.