OPINION: Reform for a Broken System 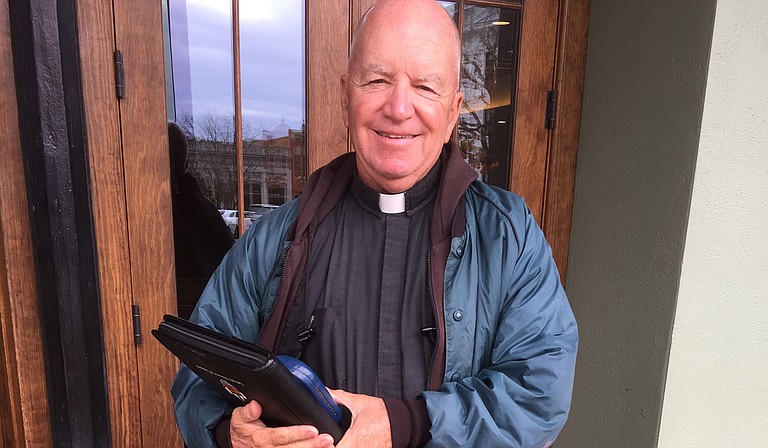 OXFORD—Rigoberto Salas, his wife and their five children, all of Batesville, were elated last March when a Homeland Security court in Jena, La., agreed to cancel an order that would have deported Salas back to his native Mexico. Still, he was held in detention pending a federal appeal.

Eight months later, the Immigration Board of Appeals reversed the court decision and ordered him to be deported due to his lack of documentation. He has lived in the U.S. since 1992. His children, ages 3 to 14, grew up here.

Despite testimony that "two of his daughters are suffering from depression, his son suffers from learning disabilities and is in special education classes, and his youngest daughter is having nightmares and waking up screaming at night," the Board of Appeals decided the children "will be cared for and supported" by their mother even though she is also undocumented. The Salas family has appealed this decision.

The Salas family is one of many in Mississippi and the U.S. caught in the madness of the immigration debate and politicians' failure to pass real and meaningful reform to a broken system. As nationally syndicated columnist Michael Reagan, son of the former president, wrote recently, these families have become "a bargaining chip" in the battles between Republicans, Democrats and President Trump.

Trump owes his presidency in part to his demagoguery of the immigrant issue. He has ordered the end to Deferred Action for Childhood Arrivals, the program that provides some protection to undocumented children.

Like Trump, Gov. Phil Bryant occupies the state's highest office in part because of his own anti-immigrant blusterings, including a highly questioned claim that migrant workers cost the state $25 million a year (where's the thanks for rebuilding the Gulf Coast after Hurricane Katrina?).

Migrant workers came to the United States in droves after the North American Free Trade Agreement was signed in 1994. Countless numbers farmed small plots or held other jobs that NAFTA destroyed. The legendary independent journalist John Ross explained it succinctly: The program "dumped so much bad corn in Mexico that millions ... abandoned their homes and headed north."

Even Trump recognizes that NAFTA was a bad deal, but he fails to make the connection to the hard-working migrants who had to leave behind home, extended family and culture to make a livelihood for their loved ones.

"There are forces that crush the spirit of people on the move," Father Michael McAndrew wrote in his book "Migrant Faith." The Greenwood-based Catholic priest has worked with migrant workers for decades. "There is the separation from loved ones. There are feelings of guilt when the migrant is unable to be present with a parent or relative when they are ill or dying." Then there are those torn from their families and forced to return after building a new life here for years.

Seven days after the birth of his third child in March 2017, Miguel Torres of Batesville found himself in the custody of federal immigration officers and soon deported from the land he had called home for 15 years. Martin Duron of Greenwood, father of five, was a prospering businessman in irrigation-systems management and on the parish council of his church in April 2017 when Immigration and Customs Enforcement arrested him. He and his family left for Mexico in June.

ICE arrests have increased 40 percent under Trump. Last year judges rejected 60 percent of those seeking asylum in the United States. Often those returning to Mexico do so in great danger. Deportees are "prime targets for crime, since they (are) presumed to have money," writes Sarah Stillman in a recent article on the issue in the New Yorker.

"Why do Americans hate Mexicans?" a young Mexican named Samantha asked Father McAndrew during a 2007 sabbatical in Mexico. "It was a question filled with pain and simply not understanding the animosity of so many Americans," he said. It's a question that shouldn't have to be asked.

Joe Atkins is a veteran journalist, columnist and professor of journalism at the University of Mississippi. This column does not necessarily reflect the views of the JFP.