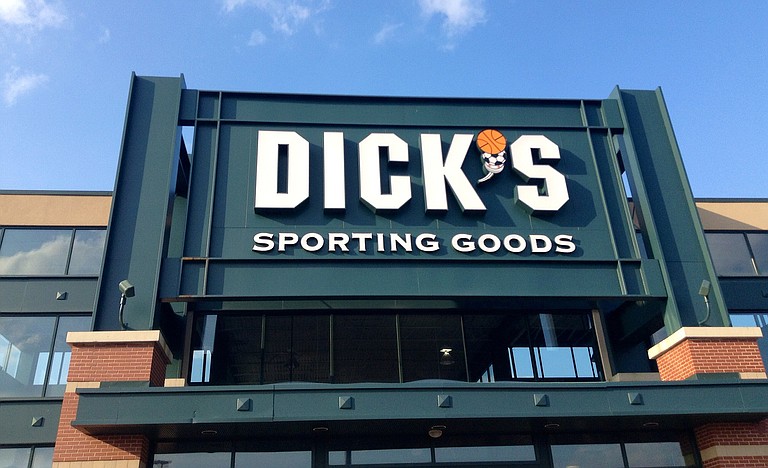 Dick's Sporting Goods will immediately halt sales of assault-style rifles and high-capacity magazines at all of its stores and ban the sale of all guns to anyone under 21. Photo courtesy Flickr/Mike Mozart

NEW YORK (AP) — Dick's Sporting Goods will immediately halt sales of assault-style rifles and high-capacity magazines at all of its stores and ban the sale of all guns to anyone under 21.

The announcement Wednesday comes as students at Marjory Stoneman Douglas High School in Parkland, Florida, return to class for the first time since a troubled teenager killed 17 students and educators two weeks ago with an AR-15.

"When we saw what the kids were going through and the grief of the parents and the kids who were killed in Parkland, we felt we needed to do something," Chairman and CEO Ed Stack said on ""Good Morning America."

Dick's, a major gun retailer, had cut off sales of assault-style weapons at Dick's stores following the Sandy Hook school shooting. But Dick's owns dozens of its Field & Stream stores, where there has been no such ban in place.

"We support and respect the Second Amendment, and we recognize and appreciate that the vast majority of gun owners in this country are responsible, law-abiding citizens," Stack wrote in a letter Wednesday. "But we have to help solve the problem that's in front of us. Gun violence is an epidemic that's taking the lives of too many people, including the brightest hope for the future of America -- our kids."

Stack also revealed that Nikolas Cruz, who killed the students in Florida using AR-15 assault-style rifle, had purchased a shotgun at a Dick's store within the past four months.

"It was not the gun, nor type of gun, he used in the shooting," Stack wrote. "But it could have been. Clearly this indicates on so many levels that the systems in place are not effective to protect our kids and our citizens."

The gun issue has embroiled a number of companies since the Parkland shooting, from Delta Airlines to FedEx. Dick's Sporting Goods Inc. is based just outside of Pittsburgh in a state where the first day of deer hunting season is an unofficial holiday for many families.

On the other side of the state Wednesday, a religious group plans to host a blessing ceremony for couples with AR-15 rifles.

The World Peace and Unification Sanctuary in Newfoundland, north of Philadelphia, believes that the AR-15 symbolizes the "rod of iron" in the biblical book of Revelation.

An elementary school down the street canceled classes for the day.

While the guns that have been pulled from the racks at stores owned by Dick's are not typically used for hunting, the company has entered the type of intense national conversation that most companies try to steer clear of to avoid offending potential customers on either side.

Stack said on "Good Morning America" that Dick's is prepared for any potential backlash, but it will never allow the sale of such guns in its stores again.

Stack called on elected officials to ban assault-style firearms, bump stocks and high capacity magazines and raise the minimum age to buy firearms to 21. He said universal background checks should be required, and there should be a complete universal database of those banned from buying firearms. He also called for the closure of the private sale and gun show loophole that waives the necessity of background checks.

Gun-control advocacy groups said voters and corporations are taking the lead on U.S. gun policy, and lawmakers need to catch up.

"This is the moment when business leaders across the country get to decide if they want to stand on the right side of history. Mothers make the majority of spending decisions for their families, and we want to shop with businesses that care about the safety of our families - making this a smart business move, too," said Shannon Watts, founder of Moms Demand Acton for Gun Sense in America. "Dick's Sporting Goods should be applauded."

The National Rifle Association has pushed back aggressively against calls for raising age limits for guns, or limits on sales of assault-style weapons.

Calls to the NRA were not immediately returned Wednesday.