OPINION: Mississippi: A Microcosm of the U.S. 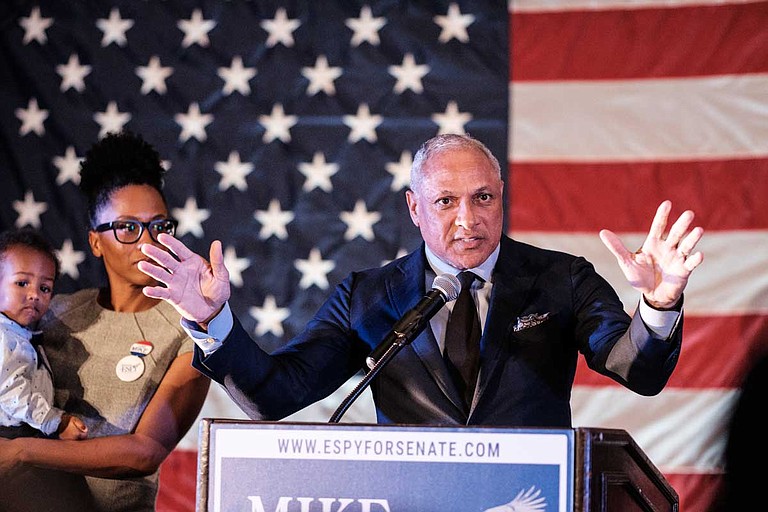 In the 2018 U.S. Senate election, Mike Espy, a black Mississippian, and former congressman and U.S. secretary of agriculture, came closer than any Democrat since 1982 to winning, garnering 46 percent of the vote. Photo by Ashton Pittman.

OXFORD—Way back in 1964, the year of "Freedom Summer" and the disappearance and death of three civil rights workers in Neshoba County, the "singing journalist" Phil Ochs offered this elegy:

"Here's to the land you've torn out the heart of, Mississippi, find yourself another country to be part of"

More recently, an anonymous writer who calls himself the "Socialist Wizard" composed and published a new version of Ochs' classic with President Trump taking Mississippi's place. In the song, the singer asks that the president find "another country to be part of"—another sign perhaps of what writer Peter Applebome has called "the Americanization of Dixie."

As 2018 draws to a close, and 2019 looms just ahead, Mississippi, as extreme as it has always seemed to many Americans, is indeed a microcosm of the nation. In the 2018 election, Mike Espy, a black Mississippian with impressive credentials as a former congressman and U.S. secretary of agriculture, came closer than any Democrat since 1982 to winning, garnering 46 percent of the vote in a racially divided state.

Still, he lost to Trump devotee Cindy Hyde-Smith, who made her president, gun rights, and the evils of abortion and illegal immigration the most important election issues to her white supporters in the nation's poorest state. No matter that Mississippi already has the nation's most restrictive laws on abortion, or that illegal immigration is at a 12-year low.

Espy, hardly a wild-eyed radical as a former supporter of Republican Gov. Haley Barbour and card-carrying member of the National Rifle Association, campaigned largely on the need to do something about the state's (and nation's) deteriorating health-care system.

Nationally, the Democrats took over the U.S. House of Representatives in the elections, but they lost ground in the U.S. Senate, where Senate Majority Leader Mitch McConnell has already indicated he's once again going after Social Security, Medicare and Medicaid, along with the complete dismantling of the Affordable Care Act. The pretext for a renewed assault on Social Security and other popular safety-net programs? The U.S. budget deficit, of course! Never mind that McConnell and his fellow Republicans deeply worsened that deficit with the gigantic 2017 tax cut they bestowed on the nation's richest (and most solidly Republican) citizens.

With Democrats in charge of the U.S. House, you can expect new momentum in the longstanding investigation into Russian meddling in U.S. political affairs. Looking beyond just the 2016 election and Trump's White House, let's hope investigators will give close scrutiny to K Street lobbyists such as former U.S. senator from Mississippi Trent Lott, who gave up his office to join with his buddy and former Democratic U.S. senator from Louisiana, John Breaux, to form a powerful lobbying team in 2008. Lott and Breaux were principal lobbyists for Gazprombank, a subsidiary of Russia's biggest natural gas supplier, in 2014, as journalist Craig Unger writes in his new book "House of Trump, House of Putin."

Unger goes on to write that Haley Barbour's lobby firm, Barbour Griffith & Rogers, has been the beneficiary of $2 million in payments from the Russian conglomerate Alfa. These are all part of a wide-ranging network of Russia's big-money influence in Washington, D.C.

These days Trump is rattling his saber at General Motors for the firm's recent announcement that it was shutting down five plants, four of them in the United States, and cutting 14,000 jobs, all in the wake of Trump's self-ballyhooed deal to replace NAFTA with a worker-friendly trade deal.

Just days before GM's announcement, Nissan Chairman Carlos Ghosn was arrested and soon to be fired in connection with allegations he had dipped into company coffers for his own further enrichment and at the same time underreported his earnings at the company.

Yes, this is the same Ghosn who bitterly fought workers' efforts to organize at his plants in Mississippi and Tennessee, and who was welcomed in Mississippi as a corporate hero for bringing Nissan's giant plant to Canton.

Phil Ochs, what would you say to this turn of events? Mississippi, no need to find another country to be part of. You're very much the heart of this one.

This is my last regular monthly column for the Jackson Free Press, although I hope still to appear in these pages from time to time. I've been writing this column for 35 years, the last six at the JFP, but book writing and teaching duties these days make it difficult to continue regularly. It has been a great ride! Best wishes to all for a wonderful Christmas and Happy New Year!