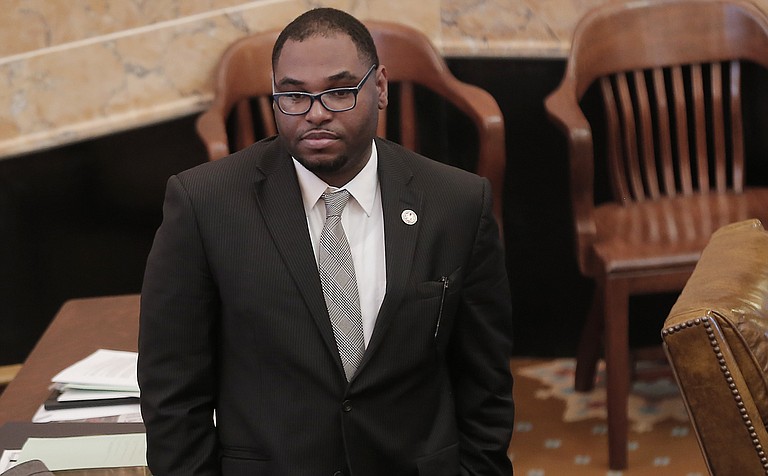 Democratic Rep. Jarvis Dortch of Jackson says a gasoline tax increase in exchange for an income tax decrease is "obscene" and would hurt the working poor. Photo by Imani Khayyam.

They also say Friday that Republicans who control the state House and Senate are excluding Democrats from negotiations on a long-term plan to pay for transportation.

Republican Gov. Phil Bryant this week ordered more than 100 locally maintained bridges to be closed because they are dangerously deteriorated.

Bryant says he will call legislators into special session if the House and Senate can agree on transportation funding.

Republican House Speaker Philip Gunn proposes a gasoline tax increase in exchange for an income tax decrease, directing the gas tax to transportation. Democratic Rep. Jarvis Dortch of Jackson says that is "obscene" and would hurt the working poor.