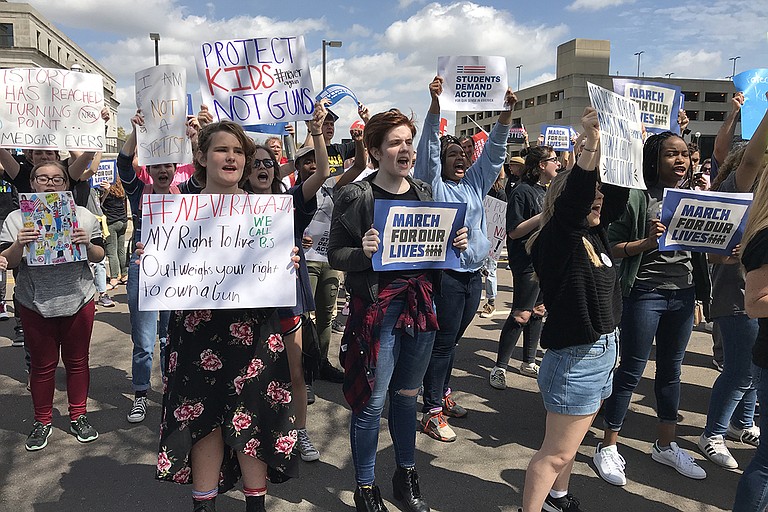 Nearly 200 students, parents and gun-legislation supporters gathered in downtown Jackson March 24, 2018, for Jackson's iteration of March for Our Lives. Photo by Ko Bragg