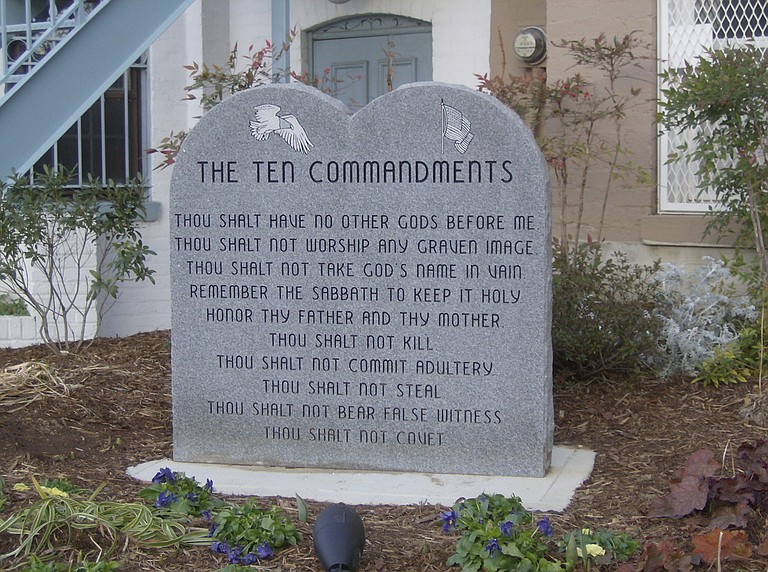 BIRMINGHAM, Ala. (AP) — Roy Moore wouldn't stand a chance in many Senate races after defying federal court orders, describing Islam as a false religion, calling homosexuality evil and pulling out a revolver on stage before hundreds of supporters.

But in Alabama, he's now the odds-on favorite to join the nation's most exclusive political body. Moore prevailed Tuesday in a Republican primary runoff by defeating an opponent backed by both President Donald Trump and deep-pocketed allies of Sen. Mitch McConnell.

As hard as it may be to understand in liberal cities such as New York or San Francisco, Moore is widely popular across a mostly white, Christian-dominated state where voters have repeatedly embraced outsiders who campaign on embracing God and rebuffing authority.

After all, this is a state where George C. Wallace, who famously vowed "segregation forever" and defied court orders, won four terms as governor. President Donald Trump carried the state handily with his insurgent run for the White House. It's also a place where campaign commercials often depict politicians at a church, praying or holding a Bible.

Moore wraps all that into a single package. He was removed as chief justice of the Alabama Supreme Court twice after higher courts found he rejected rulings regarding Ten Commandments displays and gay marriage. He's also a horse-riding, gun-toting Vietnam veteran who has talked for his entire public career about acknowledging the God of the Christian Bible.

He lost bids for the Republican nomination for governor in 2006 and 2010, but that didn't matter in the Senate race.

In his closing argument to voters — an election eve appearance where he stood in a barn and brandished a handgun to demonstrate his support of the Second Amendment — Moore quoted both scripture and the state's motto: "We dare defend our rights."

Patricia Riley Jones of Abbeville is hooked. She joyously held up a Moore sign and American flags at his victory party.

Alabama is Trump country, but the fact that Trump endorsed incumbent Sen. Luther Strange didn't bother most voters one bit. They still went with Moore.

Bill Armistead, Moore's campaign chairman and a former chairman of the Alabama Republican Party, said Alabama voters have known Moore a lot longer than they have known Trump, a New York tycoon who became a reality TV star before entering politics.

"They have an opinion of Roy Moore, and they believe he is the kind of man that will go up and fight for them," Armistead said.

Starting in the mid-1990s, Moore rose to prominence while working as a circuit judge in Etowah County, where he drew challenges from the American Civil Liberties Union for opening court with a prayer and hanging a handmade Ten Commandments plaque on the courtroom wall. He was later twice elected Alabama chief justice.

His appeal isn't universal. Danny Barry, a Christian who works as a landscaper in suburban Birmingham, said he supported Strange mainly because he didn't like the way Moore ignored court rulings to display the Ten Commandments in judicial buildings.

"I don't have a problem with the Ten Commandments, but I have a problem with him having this thing in his office building where it was against the law for him to do it. And so he made a big deal out of it. To me, things like that make us look like a bunch of backwoods rednecks," said Barry, 68, of Pelham.

Moore supporters liked the idea of sending an independent firebrand, beholden to no one, to the Washington "swamp."

Skip Van Pamel, an electrical contractor from Athens, said he went to a Strange rally last week to hear Trump, but he did not support Strange.

"Roy Moore, whether you agree with his politics or not, he stands up for what he believes," Van Pamel said.

Before the election, GOP political consultant David Azbell said years of fighting for the Ten Commandments had made Moore unusually popular in Alabama.

"The perception is that Moses has endorsed Roy Moore," Azbell said.

His supporters flooded Tuesday's special GOP runoff for the Senate seat once held by Attorney General Jeff Sessions, giving him a 9-point victory over Strange, who was a lobbyist before he was elected Alabama attorney general and then appointed to fill the remainder of Sessions' term.

Jones said he intends to concentrate on jobs, health care and the economy.

"After years of embarrassing headlines about top public officials in this state, this race is about the people of Alabama and about choosing a candidate with character and integrity," he said in a statement.

At a victory party in Montgomery that included hymns and a lengthy prayer, Moore showed he doesn't plan to veer from the formula that brought him this far.