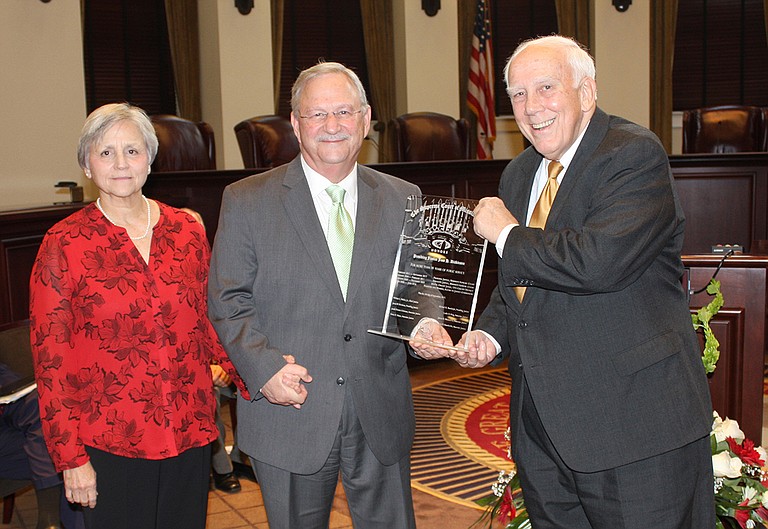 JACKSON — Almost 6,000 children are in the state's custody, and some of them are backlogged in the system, newly appointed commissioner of the Mississippi Department of Child Protection Services Jess Dickinson told lawmakers last week.

When a child enters the state's custody, he or she goes into foster care—and stays there until the child is either reunited with family or adopted. Adoption requires the court to terminate the child's parents' parental rights.

"We have a large number of children where parental rights have been terminated, and they are prepared for adoption, and they're backlogged—there's no reason for that," Dickinson told lawmakers last week during legislative budget hearings.

Dickinson said more than 400 children are ready for adoption but stuck in that backlog of cases. He said his immediate goal is to solve that problem by moving those cases along.

CPS is a relatively new department—only a year old—and is already on its second leader. Gov. Phil Bryant appoints a commissioner to lead the executive-level agency, and the former Mississippi Supreme Court Justice David Chandler retired earlier this month.

Bryant tapped yet another Supreme Court justice, Dickinson, to the lead the agency. Dickinson told the Joint Legislative Budget Committee that he had planned on retiring, but Bryant convinced him to take this position.

"The governor came to talk to me about the agency and the critical need for our children and the families, it moved me to the point that I could not turn down the position," Dickinson said at the Woolfolk Building last week.

The new commissioner had only been on the job four days when he was scheduled to appear before the lieutenant governor, speaker of the House and top lawmakers in charge of writing the state budget and ask for an increase in funding.

The Legislature created CPS in 2016 as a result of an almost decade-long litigation in what is known as the Olivia Y lawsuit, brought on behalf of children in the state's custody housed in foster homes that were unsafe.

Kenya Rachal, an attorney for CPS working on the Olivia Y case, said the most recent settlement allows the department more wiggle room to make the adjustments necessary to comply with the plaintiffs' demands. She told lawmakers last week that CPS has hired more than 450 workers since January 2016. She also noted that the Mississippi opioid epidemic affected the department's intake of children.

"We have been hit with the opioid crisis: 40 percent or more of our cases come from opioid abuse. ... Often times we learn those parents have a drug problem, right now those kids are being brought into our custody," Rachal said. "Our custody numbers are skyrocketing."

Just four years ago, the State had custody of 3,900 children, she said. Today almost 6,000 children are in its care. Rachal said CPS is working on a pilot program that targets opioid abuse to provide rehabilitation for drug-addicted parents in an effort to keep families together.

"We don't want to remove children from families that can be stabilized and be a safe environment for those children," she said. "We don't need to bring them into foster care if we can help our families heal and keep those children safe—so that is one of Justice Dickinson's primary goals is try to decrease the number of children in custody."

As a former judge, Dickinson said he is working to bridge the gap between CPS and the court system because the adverse relationship leads to a high turnover rate in the agency. Dickinson said the turnover rate for social workers in his department is as high as 50 or 60 percent in some county offices. He said turnover is a "vicious cycle."

"What happens is these case workers are under-prepared so they go into youth court, and youth court judges and chancellors get frustrated with them because they don't seem to know what they're doing.... So the judges cease to trust us, and when they don't trust us, rather than taking our recommendations, they take the child and put them in foster care," Dickinson told lawmakers.

Even if the CPS worker gives a sound recommendation, he said, his or her lack of experience could make the whole experience traumatic—sometimes even leading to resignation. The commissioner went up to Oxford later that day to a youth-court judge conference.

"I'm going to speak to them and try to establish a relationship so we can begin to build that trust. Until we are able to do that, this cycle is going to continue," he said.

"We've got to have a stable workforce," Dickinson added.

Due to the settlement agreement in Olivia Y, CPS must completely separate from the Mississippi Department of Human Services by next summer, and part of that separation will come with a cost, the former Mississippi Supreme Court justice told lawmakers. CPS has "ancient" software, Dickinson said, which CPS is in the midst of upgrading. The department also needs a single, physical office space.

Dickinson said CPS needs about 90,000 square feet. He said CPS is in talks with the Department of Finance and Administration to find a space, noting that the State might have to purchase a new building instead of using existing state property.

"I would encourage you as you continue to process of making those decisions that you work with the legislative leadership," Reeves told the new commissioner. "I don't think there's going to be a rubber-stamp appropriation for what we view as wasted space, and for prices that are not in line with what you could have gotten."