State Gets More Time in Lawsuit Over Confederate-Themed Flag 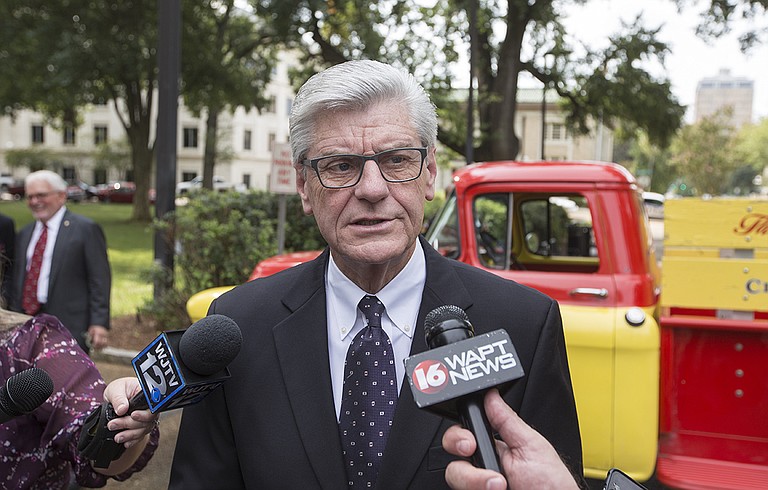 The court said Monday that attorneys for Republican Gov. Phil Bryant have until Oct. 18 to respond. The original deadline was this Thursday. Photo by Imani Khayyam.

JACKSON, Miss. (AP) — The U.S. Supreme Court is giving Mississippi more time to respond to a lawsuit that challenges the Confederate battle emblem on the state flag.

The court said Monday that attorneys for Republican Gov. Phil Bryant have until Oct. 18 to respond. The original deadline was this Thursday.

Carlos Moore, an African-American attorney in Mississippi, filed suit in 2016 seeking to have the flag declared an unconstitutional relic of slavery.

A federal district judge and an appeals court ruled against Moore, but his attorneys asked the Supreme Court in June to consider the case during the term that begins in October. The court accepts a fraction of cases on appeal.

The state has used the flag since 1894, displaying its red field and tilted blue cross dotted with 13 white stars in the upper left corner. In a 2001 election voters decided to keep it, and Bryant has often said that if the flag design is to be reconsidered, it should be done in another statewide election.

Several cities and towns and all eight of the state's public universities have stopped flying the flag amid concerns that it is offensive in a state where 38 percent of the population is black. Many took action after the June 2015 massacre of nine black worshippers at a church in Charleston, South Carolina, by an avowed white supremacist who posed with the Confederate battle flag in photos posted online.