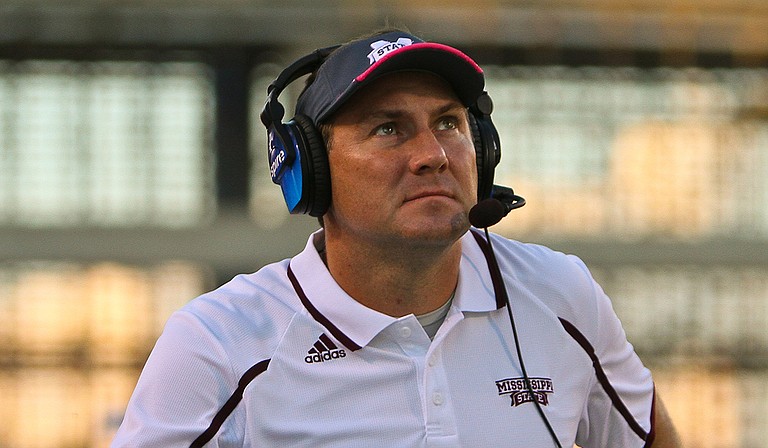 STARKVILLE, Miss. (AP) — Mississippi State quarterback Nick Fitzgerald has been saying for months that he thought the Bulldogs had the talent to be one of the top teams in the Southeastern Conference.

It's been hard to find many people who agree with him. Until Saturday.

Mississippi State jumped into the national rankings at No. 17 on Sunday, a day after an eye-opening 37-7 victory over then-No. 12 LSU at Davis Wade Stadium. The Bulldogs dominated from the outset and earned their biggest margin of victory over the Tigers in a series that includes 111 games and dates to 1896.

Mississippi State was certainly pleased after Saturday's big win, but the Bulldogs weren't particularly surprised. The most striking takeaway from the win was how easy it looked.

"The 11 guys that were out there had to play for each other and do their job," Fitzgerald said. "Don't do anything spectacular. No one had to do anything crazy. Just go out there, execute and play. From the first snap, I think we knew if we played how we were supposed to play, we would be fine."

Mississippi State (3-0, 1-0 SEC) is in the midst of a three-week stretch that will likely determine if the program has a chance to challenge Alabama's dominance in the SEC's Western Division. The Bulldogs travel to face No. 11 Georgia on Saturday and then have another road game against No. 15 Auburn on Sept. 30.

It's a daunting task, but after watching Mississippi State dismantle once-mighty LSU, anything seems possible. Mississippi State coach Dan Mullen—now in his ninth season—is used to the gauntlet the SEC provides on a yearly basis.

"That's part of playing in the Southeastern Conference, especially the SEC West," Mullen said. "We get to follow this up with another nationally ranked on the road next week."

Mississippi State's offensive success through three games is remarkably similar to the formula in 2014, when the Bulldogs were ranked No. 1 in the country for five weeks. Back then, Mississippi State used the combination of QB Dak Prescott and RB Josh Robinson to run all over SEC defenses. Three years later, Fitzgerald and Aeris Williams are growing into a formidable pair.

Williams has run for 336 yards this season, including 146 against LSU. Fitzgerald has run for 240 yards and five touchdowns this season. Both are averaging at least seven yards per carry.

Fitzgerald also has turned into a competent passer: He's completing 61.4 percent of his throws for 543 yards, seven touchdowns and one interception. LSU coach Ed Orgeron said that during the past week he tried to explain to his team that Fitzgerald is a "much improved player."

"I don't know if the guys believed what we were saying then, but they believe us now," Orgeron said after the loss.

While the offense is rolling, Mississippi State's defense has given up just 28 points all season. Mullen hired veteran defensive coordinator Todd Grantham to replace Peter Sirmon during the offseason, and the improvement has been immediate. The Bulldogs gave up nearly 32 points per game last year.

Now Mississippi State is just three wins away from bowl eligibility for an eighth straight season. If the Bulldogs keep winning, there could be much more at stake. Mullen said he's not ready to get ahead of himself.