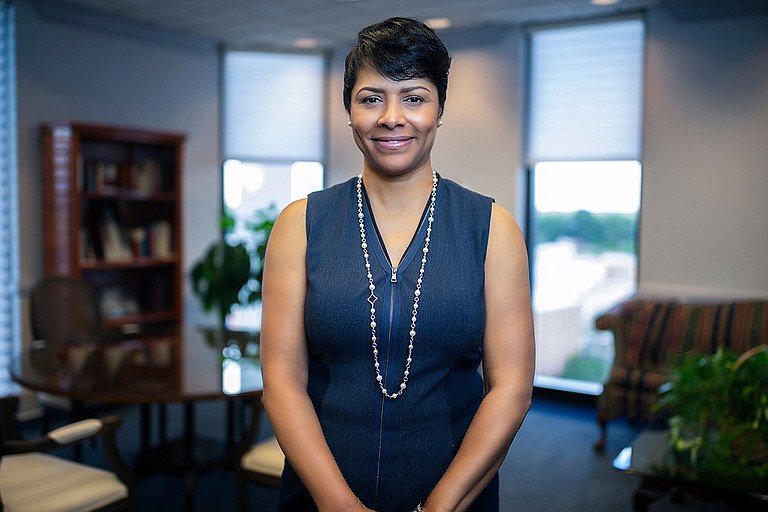 Bynum plans to launch the recycling program within the next three months, starting with providing new recycling bins for plastic, paper and cans in high-traffic areas such as dormitories, the student union and the residence hall. The second phase of the program will potentially focus on sustainability, including a composting program, and the third will focus on installing solar panels on campus.

The clothing closet, dubbed the Tiger Career Closet, aims to help students who may not have the means to purchase proper attire for job interviews. Bynum is asking faculty, staff and alumni to donate gently used business attire, such as suits, pants, jackets, shirts, dresses and shoes, for the program.

Bynum's food bank will allow students to make appointments to come to the campus' Reddix building to receive healthy snacks outside of JSU's cafeteria hours. Bynum says she would like to work with local food banks to secure snacks for the program.

"In my time at JSU, I've found that a lot of our students are hungry even after the cafeteria closes, so I wanted to give them a place they can go at their leisure and determine what they want to eat," Bynum told the Jackson Free Press. "Tuition includes money for food, but that can be a significant cost for students."

Both the clothing closet and food bank's services will be available at no charge to students. Bynum only asks that students who use the programs "pay it forward" in the future.

"'Paying it forward' means making a future donation whenever a student is able to help some other student using the programs," she said. "I want students who use these services to remember that someone gave them a helping hand when they were in need and to extend a helping hand in return."

Bynum plans to launch the clothing closet and food bank on Nov. 1 15 11:30 a.m. during JSU's homecoming weekend, which will feature an open house for the programs.

Jackson State University named Dowell Taylor as interim director of bands beginning Sept. 18. He replaces O'Neill Sanford, whom the university fired on Wednesday, Aug. 30, following an incident in which the band allegedly brought dozens of members to the Queen City Battle of the Bands in Charlotte, N.C., who were not fully registered with the school and therefore were not fully covered under the university's insurance.

Taylor, a Jackson native and JSU alumnus who received both his bachelor's and master's degrees in music education from the university, has served two previous stints as director of bands for the university, from 1984 to 1992 and 2012 to 2016.

Taylor joined the Sonic Boom of the South as a tuba player during his freshman year in 1972 and was named Best All-Around Bandsman. He previously served as director of bands at Mary Holmes Junior College and later at Kentucky State University, where he also served as department chair.

The Mississippi University for Women held a ribbon-cutting ceremony next to the campus' Cochran Hall on Sept. 7 for a new walking path erected as part of the school's Passport to Wellness initiative. The path is one mile long and includes a concrete walkway, location markers, solar crosswalk lighting markers and surface coating.

MUW began Passport to Wellness four years ago with the help of a $163,348 grant from Blue Cross & Blue Shield of Mississippi. The initiative seeks to address the problem of unhealthy lifestyle choices related to diet and physical activity.

Blue Cross & Blue Shield of Mississippi has been working to promote healthy campuses since 2009 through its University and College Health and Wellness Model, which provides targeted funding for health programs for schools, colleges and communities throughout the state. For more information, visit healthiermississippi.org.

CORRECTION: The original story above said that the Tiger Career Closet will launch Nov. 2. In fact, it launches Nov. 1.