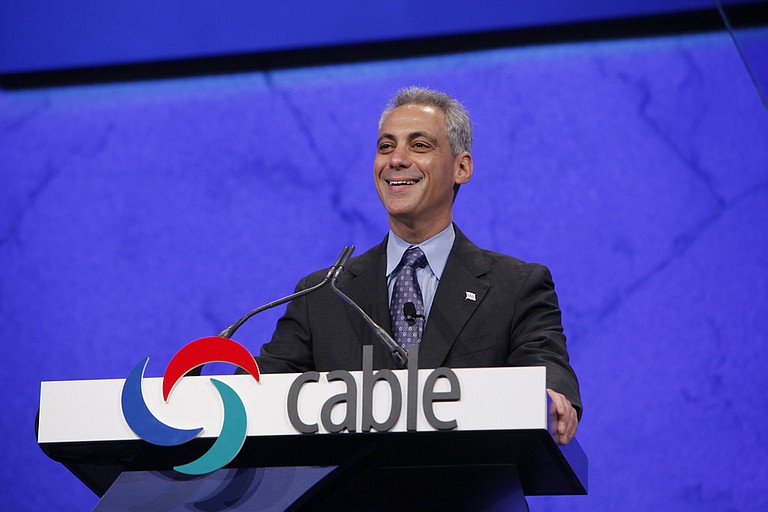 CHICAGO (AP) — Attorneys for Chicago will urge a federal judge on Monday to block President Donald Trump's administration from following through on threats to withhold public safety grants from so-called sanctuary cities unless they agree to tougher enforcement of immigrations laws.

Chicago is among at least seven cities and counties, including Seattle and San Francisco, as well as the state of California, refusing to cooperate with the new federal requirements.

Chicago sued the U.S. Department of Justice last month, arguing the new policy was unconstitutional. The nation's third largest city has also requested a preliminary injunction that would halt the safety-grants policy at least until the civil case plays out.

The city's lawsuit focuses on conditions set by U.S. Attorney General Jeff Sessions to qualify for the grants, including that cities give federal agents access to detention facilities. Mayor Rahm Emanuel has said Chicago won't "be blackmailed" into changing its values as a city welcoming of immigrants.

Sessions has said tougher enforcement of immigration laws will help reduce crime. He also warned that Chicago would forfeit its rights to the federal funds if it insists on violating the "rule of law." The city says complying with the federal rules would harm relations between the immigrant community and police on crime.

Chicago has received the public safety grants since 2005, spending $33 million to purchase police vehicles and equipment. The city received $2.3 million last year. The city hasn't been denied its grant applications for the money in the past.

The Justice Department argues that tying public safety grants to conditions isn't new. It says cities had to meet more than 50 special conditions, including demonstrating compliance with civil rights laws, to receive grants in 2016, "none of which generated ... legal challenges" from Chicago.

U.S. District Judge William Orrick said federal money that "bears no meaningful relationship" to immigration can't be threatened simply because Trump doesn't like local policies. The Justice Department at that time said "only a limited range of grants" were at risk.

Some cities that don't have formal sanctuary policies said they've been targeted, including Baltimore. Two California cities, Stockton and San Bernardino, said they were told they wouldn't qualify for a federal anti-crime program unless immigration agents had access to their jails.