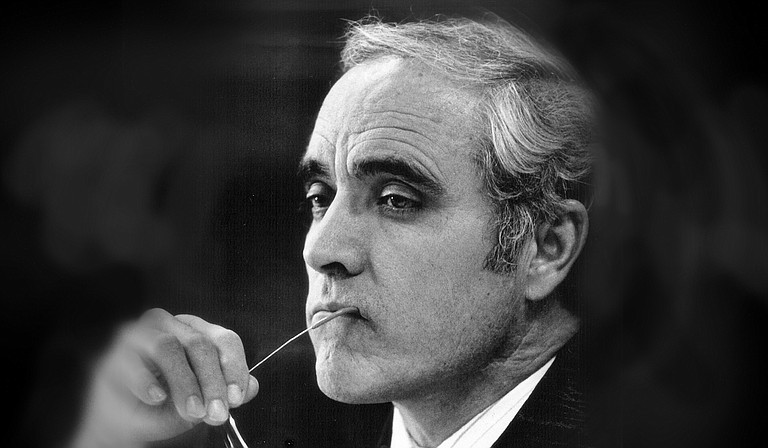 H.L. "Sonny" Merideth Jr., a former Mississippi lawmaker who helped open the way for casino gambling in the state, has died. He was 86. Photo courtesy AP/Jimmy Dempsey

JACKSON, Miss. (AP) — H.L. "Sonny" Merideth Jr., a former Mississippi lawmaker who helped open the way for casino gambling in the state, has died. He was 86.

Merideth was an attorney from Greenville and served as a Democrat in the Mississippi House from 1960 to 1992. He was chairman of the tax-writing Ways and Means Committee from 1980 to 1988 and played a role in passing the Education Reform Act of 1982 and a highway program in 1987.

In 1990, other lawmakers filed a bill to legalize gambling on boats cruising the Mississippi River. Merideth was chairman of a subcommittee that removed a few words from the bill to allow gambling on riverboats that were docked.

"The reason he changed that was because of this ambitious DA in Arkansas who said that once that boat left Greenville, it was in Arkansas waters and we're going to arrest everybody for illegal gambling," Democratic Sen. Bob Dearing of Natchez, one of the sponsors of the riverboat gambling bill, recalled Thursday.

Some lawmakers said Merideth was vague in explaining that the revised version of the bill would allow gambling in docked boats, and that vagueness helped propel the bill through the House, where many inland lawmakers opposed casinos. Dockside gambling developed into a strong tourist attraction along the Mississippi River and the Gulf Coast in the 1990s, first in riverboats and later in larger structures that included hotels.

"He dramatically changed the Mississippi Gulf Coast as well as the state," said former Rep. Danny Guice Jr. of Ocean Springs, who served in the Mississippi House from 1984 to 2008, first as a Democrat and later as a Republican. "We were in such dire times. We needed some kind of spark to re-ignite the tourism down here, and that's exactly what happened."

Dearing said Merideth was a tough negotiator as Ways and Means chairman facing off against the chairman of the Senate Finance Committee, Democrat Ellis Bodron of Vicksburg. Bodron was blind and would quickly memorize large sections of bills, Dearing said.

"Sonny was smart in the same way," Dearing said. "He could read a bill once and he wouldn't have to refer to it in debate. He could quote you line-by-line what was in it."

"I always felt like his talents were wasted in Jackson," Guice said Thursday. "He should have been in Washington, D.C."

He is survived by his wife, Linda; sons David and Philip; and four grandsons.