AG Warns: It's a Felony to Sell Flood-damaged Vehicles as New 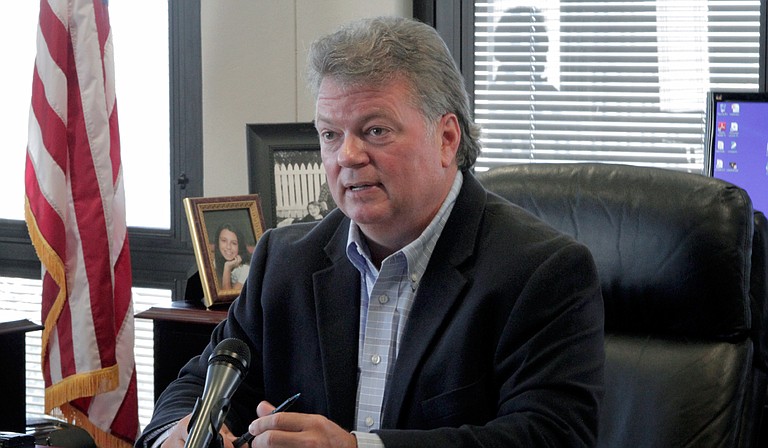 JACKSON — Attorney General Jim Hood cautioned Mississippians who are in the market to purchase vehicles in the next few months to be wary of flood damage. After Hurricane Harvey flooded several parts of Houston and Hurricane Irma heads toward Florida this weekend, Hood said purchasing a vehicle with flood damage is not a good investment. He also warned that it is a felony to sell them without disclosing the damage, warning scam artists that they will be prosecuted.

"It's all those electrical systems ... (which) can just go out, and if they go out on a vehicle while you're driving at 70 miles per hour on the interstate, you're in trouble," he told reporters on Thursday.

Consumers should run vehicle checks and look at a used vehicle's title before purchasing it, Hood said, in order to avoid purchasing a car with flood damage.

After Hurricane Katrina, Hood said the state did not see too many flooded vehicle sales, likely because most Mississippians felt the impact of the storm and knew the possibility of damage. Since Harvey and Irma (so far) seem to have minimal impact on Mississippi, Hood said he wanted to alert consumers in the state that we might see more vehicles for sale with flood damage.

People trying to sell vehicles with flood damage as good cars face penalties and felony charges, but Hood told consumers to avoid having to use civil litigation—and in some cases criminal litigation—by checking cars before they purchase them.

"If you know it's a flood-damaged vehicle, it might be a deal today, but there will be headaches, so you need to talk to your mechanics and be careful about buying these things," Hood said.

The attorney general's office takes consumer complaints, and he warned would-be sellers that they will be caught.

"If we get one to two calls, that is all it takes to tell us about a pattern," he said. "(S)o you're going to get caught. There's a paper trail when you're dealing with vehicles but some con-artists think they'll get away... After Katrina we chased them everywhere from Tennessee to Seattle, some of the people taking advantage of people trying to fix their homes."