A Flag For Us All 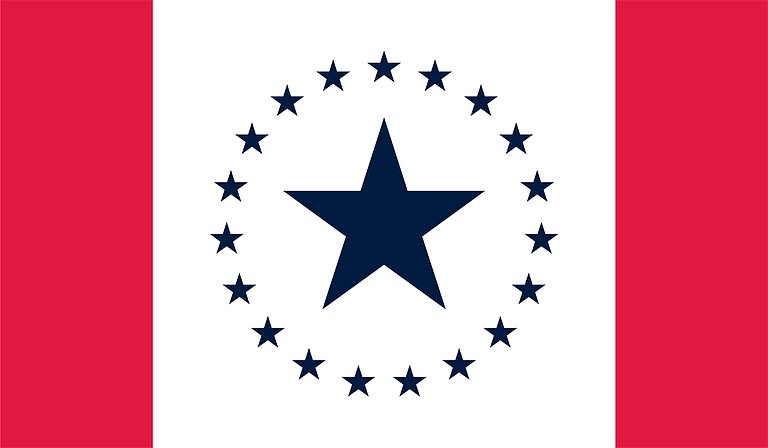 It is time for the State of Mississippi to adopt a flag that represents us all. I nominate the fine flag of Mississippi unity that Laurin Stennis, the granddaughter of the late U.S. Sen. John Stennis (the namesake of the John C. Stennis Space Center), designed. 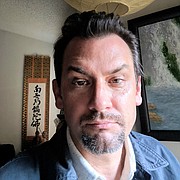 A friend of mine says she will never travel through the South after the events in Charlottesville, Va., but she would especially not travel to Mississippi. I tried to explain that the white-supremacist groups that descended upon Charlottesville are not representative of the South, and that such rallies and clashes are happening in many U.S. cities, including New York.

My friend then explained that the fact that our state clings to symbols of oppression to represent ourselves—some of the same symbols that the hate groups in Charlottesville used—partially motivated her decision about Mississippi. She summed it up this way: "Symbols have energetic charge and power. How is the State of Mississippi not, by default, sanctioning the same worldview of white supremacy by maintaining the Confederate saltire on the state flag?" I had no response to that.

Indeed, we have no defense, Mississippi. Whatever the flag of the Army of Northern Virginia may have meant to the people who first raised it; when people hoisted this same symbol later during Jim Crow,1896-1965; by the second coming of the KKK; yeah, even by fire-breathing segregationist governors like Ross Barnett—it was not about the Army of Northern Virginia. It was a banner of rallying white-supremacist consciousness. It is this second coming of the saltire cross that is an intentionally charged symbol of tyranny, oppression, coercion and intimidation, and we still live with it today as a symbol of our state. In the world of advertising, this would be called "bad branding."

If, as a state, we insist that symbols that were selected precisely for their oppressive, coercive charge remain, we send a message to the rest of the nation and world that we do not fathom how their continued display has the power and potential to harm the hearts and minds of some. We portray ourselves as a calloused, heartless community.

When some Mississippians insist on the continued use of these symbols, it can only mean one of two things: Either we actively align with that original intent of white supremacist coercion as was intended, or we are passively under the sway of an unconscious dynamic. That unconscious dynamic is that some of the citizenry continue to enjoy an enduring institutionalized privilege of arguing for living with symbols that others have been forced and required to live under.

It is time for the State of Mississippi to adopt a flag that represents us all. I nominate the fine flag of Mississippi unity that Laurin Stennis, the granddaughter of the late U.S. Sen. John Stennis (the namesake of the John C. Stennis Space Center), designed. Learn more about Stennis' flag at declaremississippi.com.

Saizan Owen is a poet who lives in Ridgeland.

CORRECTION: The previous version of the above story misspelled Laurin Stennis' first name. It is corrected and we apologize for the error.