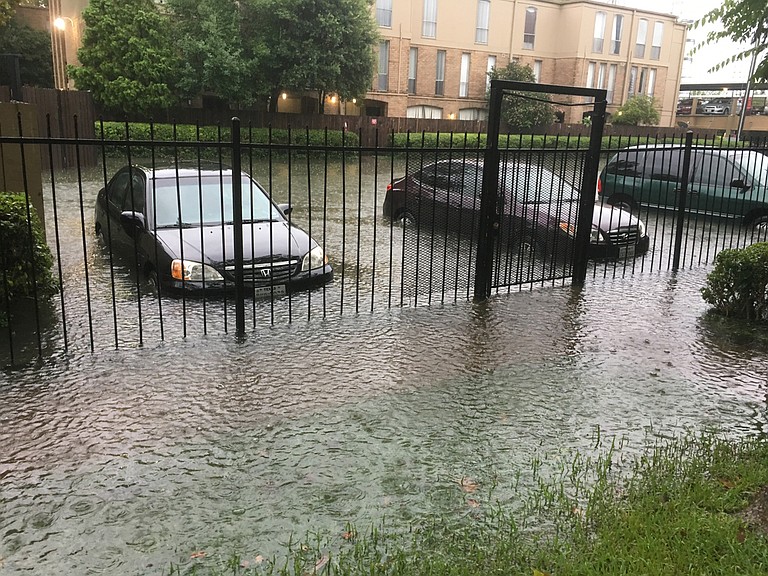 The White House plans to ask Congress Friday for a $5.9 billion down payment for initial Harvey recovery efforts. Republican leaders are already making plans to use the aid package, certain to be overwhelmingly popular, to win speedy approval of a contentious increase in the federal borrowing limit. Photo courtesy Flickr/isfullofcrap

WASHINGTON (AP) — The White House plans to ask Congress Friday for a $5.9 billion down payment for initial Harvey recovery efforts. Republican leaders are already making plans to use the aid package, certain to be overwhelmingly popular, to win speedy approval of a contentious increase in the federal borrowing limit.

A senior House Republican, who spoke on condition of anonymity because the deliberations were private, disclosed the approach. It ignores objections from House conservatives who are insisting that disaster money for Harvey should not be paired with the debt limit increase. Other senior GOP aides cautioned that no final decision had been made.

For GOP lawmakers who support a straightforward increase in the debt limit, pairing it with Harvey money makes the unpopular vote easier to cast. Congress must act by Sept. 29 to increase the United States' $19.9 trillion debt limit, in order to permit the government to continue borrowing money to pay bills like Social Security and interest payments. Failing to raise the debt limit would risk a market-shattering first-ever U.S. default.

The government's cash reserves are running low since the nation's debt limit has actually already been reached, and the Treasury Department is using various accounting measures to cover expenses. Billions of dollars in Harvey aid are an unexpected cost that at least raises the potential that Congress would have to act earlier than expected to increase the government's borrowing authority.

And despite threats from President Donald Trump that he would shut down the government if his U.S.-Mexico border wall is not paid for, lawmakers and aides say the White House has eased off that threat and any fight over the border wall will be delayed until later in the year.

The initial package of Harvey aid would replenish Federal Emergency Management Agency disaster coffers through Sept. 30. The White House is finalizing the request, which was expected to be sent to Capitol Hill later Friday. A senior congressional aide said Friday the request would include $5.5 billion for the disaster relief fund and $450 million for the Small Business Administration Disaster Loan Program.

The aide wasn't authorized to publicly disclose the information in advance of a formal announcement and spoke on condition of anonymity.

The initial aid money would be a down payment for immediate recovery efforts, to be followed by larger packages later.

An additional $5 billion to $8 billion for Harvey could be tucked into a catch-all spending bill Congress must pass in the coming weeks to fund the government past Sept. 30, according to the senior House Republican.