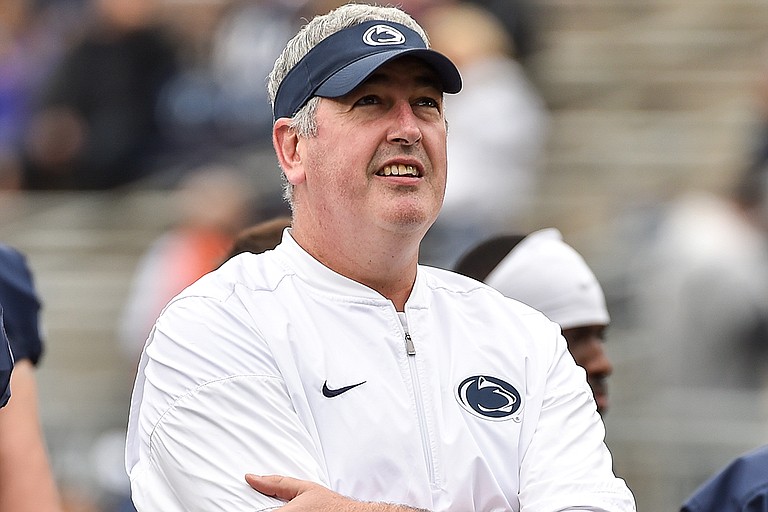 It has been a long journey to this point for Moorhead. After graduating from Fordham University in New York City in 1995, he played football in Europe for the Munich Cowboys for one season and arena football for a preseason, and then, his professional football career was over.

He wrote for a few small newspapers in Pittsburgh and northeast Ohio while also sending letters to football teams in Division I and Division I-AA (now known as Football Bowl Subdivision and Football Championship Subdivision). Each school rejected him.

A breakthrough came in 1998 when the University of Pittsburgh brought in Moorhead to work as a graduate assistant. After working there for two seasons, he moved on to Georgetown University in Washington, D.C., in 2000, working his way up from running back coach to quarterback coach, and finally to the offensive coordinator and quarterback coach in 2003.

The move to quarterback coach made it easier for Moorhead to leave UConn and take a head-coaching job at Fordham. That is where he built the schemes that he eventually used to create the high-powered offense at Penn State.

In his first season at Fordham, Moorhead took a team that went 1-10 the season before to finish 6-5 in 2012. The team made an even larger jump in 2013, going 12-2 and earning a win over FBS team Temple University.

Moorhead kept the Fordham offense rolling in 2014, as the team went 11-3 and won the Patriot League title. Fordham opened the 2015 season with a win over the Army Black Knights, another FBS team, before finishing 9-3. In three of four seasons at his alma mater, Moorhead's team reached the FCS Playoffs.

Penn State then lured Moorhouse to Happy Valley to jumpstart a sputtering offense. The Nittany Lions offense started slowly before getting rolling and winning the Big Ten title in 2016.

The offense continued to run at a high level this season, and helped shape running back Saquon Barkley into a Heisman Trophy contender over the last two seasons. Moorhead led Penn State to a 10-2 in the regular season for 2017, and MSU Bulldogs fans will be hoping his high-scoring offense is also headed to Starkville.