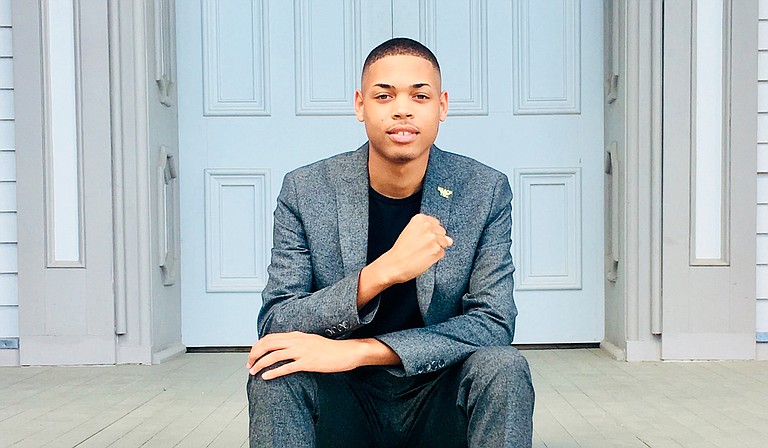 Marquise Hunt, president of Tougaloo College's National Association for the Advancement of Colored People chapter, has been involved with the organization since his sophomore year in high school. When he came to Tougaloo, the college's chapter was present but inactive, and Hunt wanted to get it active again.

"I ... spoke with the adviser in charge of the chapter, Dr. Daphne Chamberlain, and she helped me figure out what I needed to do," Hunt says. Chamberlain advised him to run in an August 2016 election for the NAACP executive board.

Hunt, 19, won the election by popular vote and became the first freshman to hold the position of NAACP president at Tougaloo. To make the college chapter active again, he began participating in activities such as the March on Mississippi event on March 4 at the Nissan plant in Canton, organizing voting drives, hosting panels on immigration, and working with Tougaloo's Greek organizations to host discussions on issues such as the Mississippi state flag.

Born in Portsmouth, Va., Hunt graduated from Churchland High School and moved to Mississippi to attend Tougaloo in 2016. Hunt said he wanted to attend a historically black college or university because many of his family members did, including his aunt, Sherae Harding-Griffin, who attended Norfolk State University and told him to check out Tougaloo. He says he decided to attend the college based on the fact that it is wrapped in African American history and the fact that it has often been a safe haven for disadvantaged populations.

Hunt is majoring in political science with an emphasis in pre-law and plans to go on to law school to become a civil-rights attorney, but has not decided which law school he would like to attend.

"I'm the type of person who wants to help anyone and everyone with their rights," Hunt says. "A lot of people jump to thinking of African Americans when they hear about civil rights, but it's a much broader thing.

"We're also living in perilous times right now for civil rights, especially for immigrants and refugees. I was also there in Charlottesville when (James Alex Fields Jr.) drove his truck into the crowd of protesters, and I heard about (DeAndre Harris), a black man who was attacked by neo-Nazis in a garage near the Charlottesville protest and got charged with a felony later, while the neo-Nazis got away. He had done nothing wrong, and people like him need to be represented. Someone has to be ready to stand up and help people like that whenever it's needed."