OPINION: The More You Know: What’s Really In the Tax Bills Before Congress 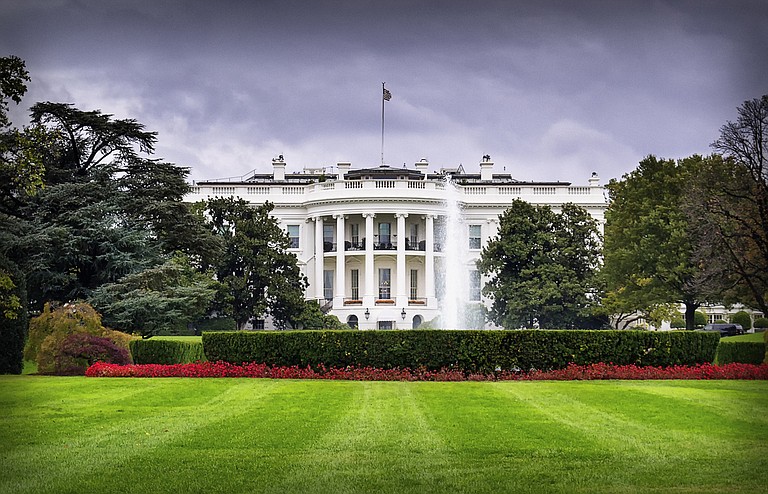 What most Americans want to know is how the bills will affect their own ability to afford to live and how they will affect others they care about. And they won't know until both the House and Senate agree on and pass one bill, and the president signs it. Meanwhile, anxiety abounds because Americans do not know how to plan for their economic futures while the tax bill looms. All we can do is look at what the House is proposing and what the Senate is proposing, and let our concerns be made known to those who represent us.

What is contained in these bills also informs us about the values of those in Congress who have thus far voted for them. The bills burden Americans who work for a living, are in the middle class, have large families or are educators. Even our colleges and universities will be adversely affected, and three former secretaries of defense warn that our military may be adversely affected. Furthermore, those who voted in favor of one of these bills have voted to increase our national debt to the tune of $1.5 trillion to $2 trillion, and to increase our deficit spending.

Any tax cuts for middle- and lower-class Americans will only last six years, and then the taxes will begin to rise on the middle class and quickly. The Joint Committee Report says that after 2023, about 40 percent of Americans who were taxed at 12 percent under this bill will be taxed at 25 percent, with no rise in income occurring, just a rise in tax rate. Under both the House and Senate versions of the bill, some lower- and middle-class income people will pay taxes at a higher rate than they do now beginning in 2018.

Both bills largely do away with itemized deductions, which may put many taxpayers into a higher bracket than they are currently in. No one knows whether any particular taxpayer's taxes will be higher or lower. It will require a taxpayer-by-taxpayer analysis to determine whether any given lower- or middle-class taxpayer's taxes will be higher or lower or the same. In fact, no member of Congress or Senate can say to any one of his constituents, except for the most wealthy, that they will see a tax cut under either one of these bills.

At any rate, all individual income tax will rise in 2023 under this bill.

This bill may have a tendency to stifle homeownership, which is one of the hallmarks of the American middle class. The Senate bill does not allow property taxes as a deduction; the House bill does allow property-tax deductions up to $10,000 per year. Mortgage interest is deductible on home mortgages in the amount of $500,000 or less.

The elimination of the Senate bill's property-tax deduction and the threat of lowering the mortgage-interest deductible would not only be devastating to the middle class and move us closer to being a nation of renters; it would stifle the ability of lower-income Americans to move up into middle-class homeownership because deductibility of these items make first-time homeownership feasible for many.

Both bills are hard on working Americans in the lower and middle class. Neither allows state and local taxes to be deducted. The bills eliminate deductions for union dues, uniform expenses, teacher-supply expenses or any expense item a worker may pay as the cost of making a living and going to work. And ironically, in this day and age when businesses depend so much on telecommuters, the home-office deduction would be done away with by the Senate bill.

Businesses who have been holding money overseas to avoid taxes can bring that money into U.S. banks and only pay 12-percent income tax. Small businesses will get a reduction from 35 percent to 25 percent if certain conditions are met through a complicated calculation, and if the small business is not service-oriented like a law office or a consultant's firm, for instance.

Both are particularly troublesome toward education. There is the additional tax burden of not being able to deduct the cost of school supplies for the school teachers. But for undergraduate and graduate school, any tuition waivers will be taxable.

Finally, these bills may weaken our ability to have a strong military force. Three former United States defense secretaries, Leon Panetta, Chuck Hagel and Ash Carter, wrote a letter to Congress warning that these tax bills and their increase in the national debt pose a danger to the U.S. military. They warned that the increase in the national debt will mean future cuts to the Pentagon budget for training and key programs.

So we are at the point where the House has consented to passage of a tax bill that will increase the national debt, increase the national deficit, weaken our military's training and key programs, increase taxes on all Americans by 2023, hurt the middle class, be worse for families who have more children than those who have fewer children or no children, dampen the ability of our teachers to provide for their classes, and for our colleges and universities to recruit star students and athletes. Only one Mississippi representative in the U.S. House of Representatives voted against this bill, and that was Congressman Bennie Thompson, the only Democrat.

The entire Senate has not voted on the tax bill. Some Republican senators ] object to the increase in debt, the adverse effect on the deficit and/or the inevitable increase in taxes on middle-class families. Some say they will not vote for this bill. Some say they may not vote for this tax bill. Some senators cite the repeal of the individual mandate and the fact that the bill will knock 13 million people off of their insurance coverage and cause premiums to skyrocket for others as a reason not to vote for this bill. So far, Mississippi's senators are not among those expressing concerns.

The Senate may not be able to pass even its own version of the tax bill. If the Senate fails to pass any version of the bill, it fails and nothing changes. The economy continues to grow, and no taxes are raised, the debt does not balloon, and the deficit does not increase.

If the Senate does manage to gather the votes to pass its own version of the bill, then the House and Senate end up with two different bills and will conference together to try to come up with one joint proposal. At that point, the House and Senate must pass the joint proposal, and the President must sign it. All of that has to happen before the end of the year for one of these bills or a new tax bill to be effective for the 2018 tax year.

What we can tell about the bill at this point in time is where the priorities of those who have so far voted in favor of this bill lie, and sadly, it is not with working Americans.

It is past time that folks in Washington value working Americans in the laws they pass and the policies they promote, and not just the words they spout.

Vicki Slater is an attorney and a former candidate for Mississippi governor.