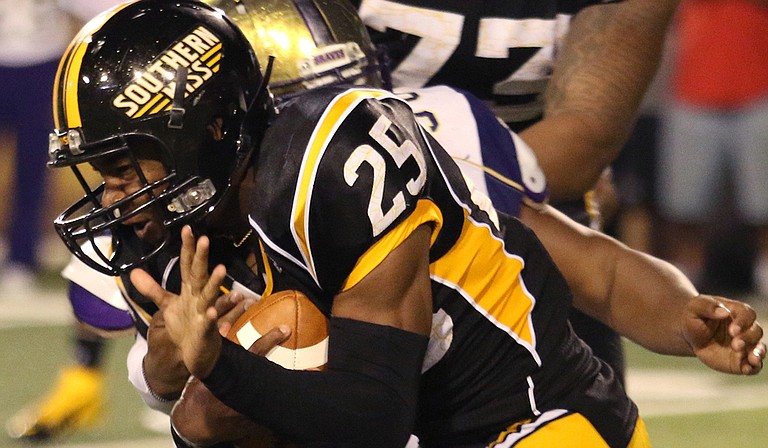 HOUSTON (AP) — Kwadra Griggs completed 22 of 31 passes for 331 yards and three touchdowns and Ito Smith ran for 150 and two scores to propel Southern Mississippi to a 43-34 victory over Rice on Saturday.

Smith now has 1,018 yards rushing this season and he also became the 10th player in FBS history to top 4,000 rushing yards and 1,000 receiving yards in a career.

But Rice (1-9, 1-5) continually fought back behind Nashon Ellerbe, who had 153 yards and four touchdowns on 22 carries.

Twice Ellerbe had the Owls within two points on TD runs of 17 and 1 yards, but Southern Miss answered with Griggs' 47-yard TD strike to Robertson and Smith's 18-yard TD run with 2:55 to play preserving the win.