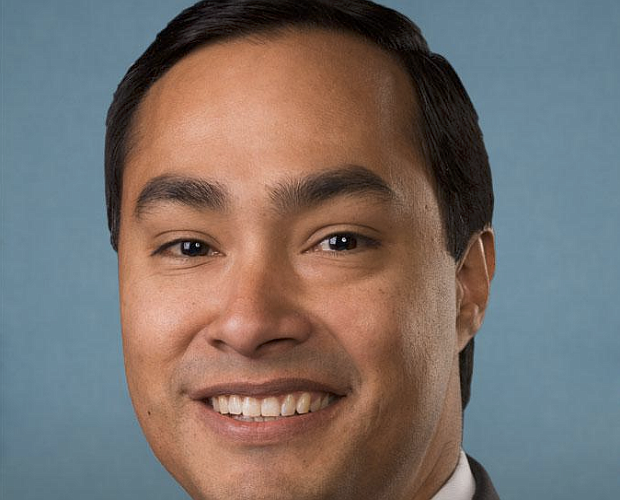 The American Civil Liberties Union and U.S. Rep. Joaquin Castro (pictured) said that Rosa Maria Hernandez was returned to her family Friday. Her parents brought her into the U.S. from Mexico in 2007, when she was a toddler, and they live in the Texas border city of Laredo. Photo courtesy House.gov

HOUSTON (AP) — U.S. authorities released a 10-year-old immigrant girl with cerebral palsy who had been detained by border agents after surgery because she is in the U.S. without legal permission.

The American Civil Liberties Union and U.S. Rep. Joaquin Castro said that Rosa Maria Hernandez was returned to her family Friday. Her parents brought her into the U.S. from Mexico in 2007, when she was a toddler, and they live in the Texas border city of Laredo.

A cousin who is an American citizen took Rosa Maria from Laredo to a children's hospital in Corpus Christi on Oct. 24, where she was scheduled to have emergency gallbladder surgery. To get to Corpus Christi, about 150 miles (240 kilometers) away, she had to pass through an interior checkpoint in South Texas operated by the Border Patrol.

Border Patrol agents followed Rosa Maria and the cousin to the hospital, then took the girl into custody after the surgery and transported her to a facility in San Antonio for unaccompanied immigrant minors, under the custody of the U.S. Department of Health and Human Services.

The Border Patrol has said it had no choice but to detain Rosa Maria, arguing that she was considered an unaccompanied minor under federal law, the same as a child who crosses into the United States alone without legal permission.

The ACLU sued the government on Rosa Maria's behalf Tuesday, argued that the U.S. government violated federal law on unaccompanied minors and endangered Rosa Maria's health by not sending her home.

"She never should have been in this situation in the first place," ACLU lawyer Michael Tan said Friday. "There is no reason Border Patrol had to target a child."

While Rosa Maria has been reunited with her family, she still faces the threat of deportation. Tan said Friday that Border Patrol agents had issued Rosa Maria a notice to appear in immigration court, but that the case had yet to move forward.

Leticia Gonzalez, an attorney for Rosa Maria's family, said the 10-year-old had the mental capacity of a child closer to 4 or 5 years old due to her cerebral palsy. Priscila Martinez, an activist at the Workers Defense Action Fund, said the child had started to show signs of socially withdrawing while in detention and refusing to eat her favorite kind of bread.

Federal immigration authorities have faced strong criticism from advocates and some Texas Democratic congressmen over their handling of the case.

Castro, a San Antonio Democrat, said Friday that he had tried to see Rosa Maria earlier in the day and had spoken to federal officials about her case. He said Border Patrol agents could have chosen to let Rosa Maria pass through the checkpoint without following or detaining her.

"Staking out the hospital room of a young, sick girl and keeping her away from her family is not a humane treatment for her," Castro said.

But U.S. Customs and Border Protection said in a previous statement after she was detained that "there is no discretion with regard to the law whether or not the agents should enforce the law."

Gabriel Acosta, assistant chief patrol agent for the Border Patrol's Laredo sector, said Tuesday that his agents moved quickly to get her through the checkpoint and "acted professionally and compassionately to get this child the medical attention she needed."