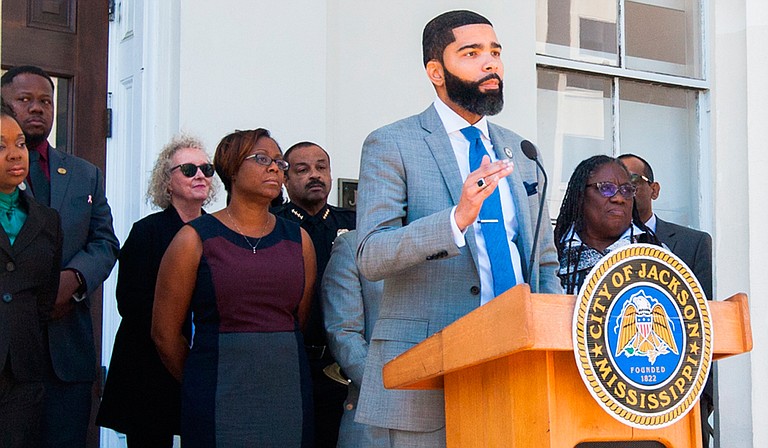 Mayor Chokwe A. Lumumba announced the formation of a commission with the governor’s office, City of Jackson, the W.K. Kellogg Foundation and Jackson Public Schools to work toward solutions in the school district, which just received its second “F” grade in a row. Photo courtesy Stephen Wilson