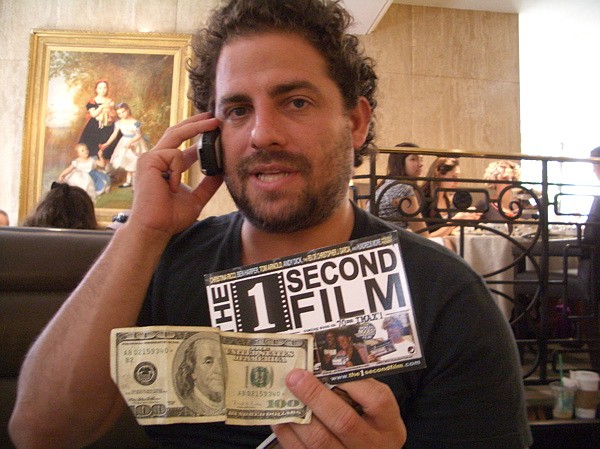 The reverberations also reached back 32 years as Oscar-winner Dustin Hoffman came forward to apologize for allegedly sexually harassing a 17-year-old intern in 1985.

Writer Anna Graham Hunter alleges in a Wednesday column in The Hollywood Reporter that the now 80-year-old actor groped her on the set of TV movie "Death of a Salesman" and "talked about sex to me and in front of me."

Hoffman issued a statement Wednesday, apologizing for "anything I might have done could have put her in an uncomfortable situation. I am sorry. It is not reflective of who I am."

Munn also complained about onset behavior, alleging that while visiting the set of Ratner's "After the Sunset" in 2004, he masturbated in front of her in his trailer. Munn described the incident, without naming Ratner, in a 2010 collection of essays.

Representatives for Ratner didn't immediately respond to queries Wednesday. Ratner directed the "Rush Hour" film series, "Red Dragon," ''X-Men: The Last Stand" and "Tower Heist." Warner Bros., which has a first-look deal with Ratner, said in a statement: "We are aware of the allegations in the LA Times and are reviewing the situation."

The LA Times report describes other encounters where Ratner aggressively pursued actresses, sometimes following them into a bathroom.

Ratner and Hoffman become the latest Hollywood figures to face allegations of misusing their power to harass actresses, a list that now includes producer Harvey Weinstein and writer-director James Toback. Harassment allegations have also been levied against actors Kevin Spacey and Jeremy Piven.

Police in Beverly Hills on Tuesday announced they have launched criminal investigations over complaints received about Weinstein and Toback. Weinstein also is being investigated for sexual assault or rape by police in Los Angeles, New York and London.

Weinstein has denied engaging in any non-consensual sexual contact. His representative, Sallie Hofmeister, had no comment on the Beverly Hills investigation. The department said late Tuesday that it was investigating Weinstein and Toback after receiving "multiple complaints," although the department did not specify the nature of the complaints.

Dozens of women, including actresses Selma Blair and Rachel McAdams, have alleged that Toback sexually harassed or assaulted them.

Toback has denied the allegations. He does not have a representative to field inquiries about the criminal investigation.

Repercussions have been swift after allegations against Weinstein surfaced. Weinstein was fired from the company he founded within days after initial reports of sexual harassment were published and Netflix suspended production on its final season of "House of Cards" on Tuesday amid allegations star Spacey made a sexual advance on actor Anthony Rapp in 1986 when he was 14.

The decision to pause production Tuesday came before a second actor leveled allegations against Spacey.

Mexican actor Roberto Cavazos wrote on his Facebook page that he encountered Spacey at the bar of London's Old Vic Theatre, where Spacey was artistic director from 2004-15, and the actor tried to fondle him against his will.

Cavazos declined an interview request. There was no reply to a request for comment from representatives for Spacey.

In a statement Tuesday, the theater expressed "deep dismay" at the allegations and said "inappropriate behavior by anyone working at The Old Vic is completely unacceptable."

Also Tuesday, CBS said it is "looking into" accusations by actress and reality star Ariane Bellamar that Emmy-winning "Entourage" star Piven groped her on two occasions.

On her Twitter account Monday, Bellamar alleged that one encounter took place in Piven's trailer on HBO's "Entourage" set and the other occurred at the Playboy Mansion.

Piven, who stars in the new CBS series "Wisdom of the Crowd," said in a statement that he "unequivocally" denies the "appalling allegations being peddled about me."

"It did not happen. It takes a great deal of courage for victims to come forward with their histories, and my hope is that the allegations about me that didn't happen, do not detract from stories that should be heard," he said.

HBO, which aired the 2004-11 series, said in a statement that it was unaware of Bellamar's allegations until they were reported by media.