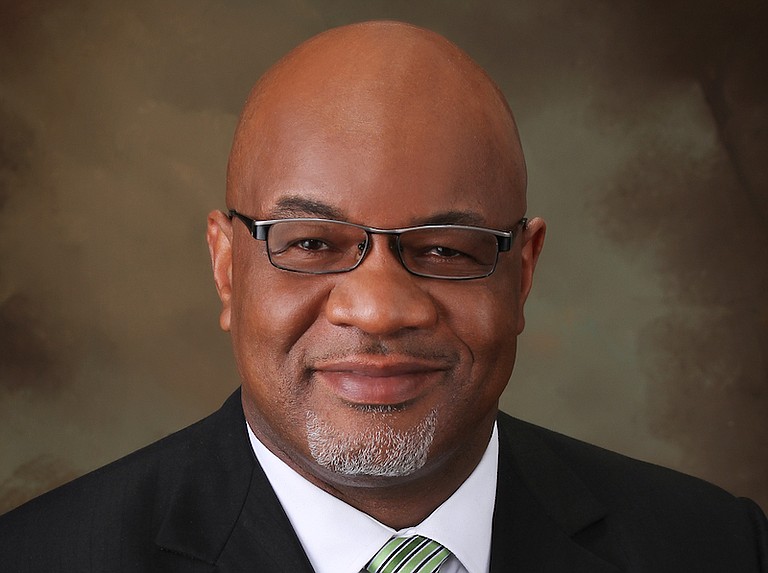 Dr. William B. Bynum, president of Mississippi Valley State, has been named top candidate to take over as president of Jackson State University.

Board of Trustees names Preferred Candidate for Jackson State University

“Dr. Bynum has served Mississippi Valley State University very well as president,” said Trustee C.D. Smith, Chair of the Board Search Committee. “He is a student-centric leader who has increased enrollment and attracted philanthropic and legislative support for the university, putting the university in a good fiscal position to offer more programs, services and opportunities for students.”

Dr. Bynum is a graduate of Davidson College in Davidson, N.C., where he was a student-athlete, and holds a doctorate from Duke University, where he was a Duke Endowment Fellow. He has 30 years of experience in higher education.

A native of Rocky Mount, North Carolina, Dr. Bynum was named the seventh president of Mississippi Valley State University in 2013. Under his leadership, the university has:

Restructured the University by creating a student-centered operational model, which focuses on a University College for freshmen and places a strong emphasis on student learning outcomes and intensive writing skills development

Dr. Bynum has helped secure almost $2 million in grants, including:

A $900,000 grant from the NCAA Accelerating Academic Success Program

A $780,000 grant from the Hearin Foundation for scholarship support and a Saturday Bio-Informatics Program for high school students

Two grants, totaling $624,000, from the Blue Cross and Blue Shield of Mississippi Foundation to enhance health and wellness efforts on campus

Under Dr. Bynum, federal grants and contracts awarded to Mississippi Valley State University have increased 34 percent, from $6.4 million to $9.9 million.

Dr. Bynum recently signed a Memorandum of Understanding with Churchill Downs, Inc., well known for its namesake race track and its signature event, the Kentucky Derby, The MOU recognizes interests shared by MVSU and CDI in education, training and development and represents the culmination of a relationship established during recruitment efforts for MVSU’s Organizational Management Program, which is an accelerated degree program for adult learners.

Dr. Bynum chairs the NCAA Historically Black Colleges and Universities (HBCU) and Limited-Resource Institutions Academic Advisory Group, which serves in an advisory capacity to the Committee on Academic Performance (CAP) on policy-related issues. The formation of this group is based on an in-depth examination of Academic Performance Rate trends indicating that a higher proportion of HBCU and other LRI teams are subject to Academic Performance Program penalties.

Bynum also serves as a member of the NCAA Minority Opportunities and Interests Committee.

Prior to joining Mississippi Valley State University, Dr. Bynum served as Vice President for Enrollment Management and Student Services for Morehouse College in Atlanta, Vice President for Student Affairs and Enrollment Management at Lincoln University in Chester County, Pa. and as Associate Vice President, Student Affairs and Dean of Students at Clark Atlanta University in Atlanta. At Davidson College, he has served as Assistant Dean of Students and as the Covington Distinguished Professor of Sociology.

Dr. Bynum was selected as one of 13 inaugural members of the National Association for Opportunity in Higher Education (NAFEO)-Kellogg Leadership Fellow Program and participated in the American Association of State Colleges and Universities (AASCU) New Presidents Academy, which is tailored to the distinctive needs of presidents and chancellors who lead state colleges and universities.

Dr. Bynum also has experience in teaching, lecturing and research. He has served as an adjunct professor at Morehouse College, a research associate at Georgia Tech and Duke University, a teaching assistant at Duke, an instructor at Durham and Edgecombe Community Colleges and as a teacher and coach for Rocky Mount City Schools and DeKalb County Schools in Georgia.

He and his wife, Deborah Elaine Bynum, have six children.

“I would like to thank the members of the Campus Search Advisory Committee for the time and expertise each one devoted to the search process,” said Trustee Smith.

Dr. Bynum will meet with campus constituency groups in Ballroom A of the JSU Student Center, 1400 John R. Lynch Street, Jackson, Miss., 39217, on Wednesday, May 31, according to the following schedule:

For more information and to track progress on the president search, visit the Mississippi Institutions of Higher Learning’s Web site at http://www.mississippi.edu/ieo/jsu/ or on Twitter @JSU_Search.