Cheers to Bi-partisanship in the Mississippi House 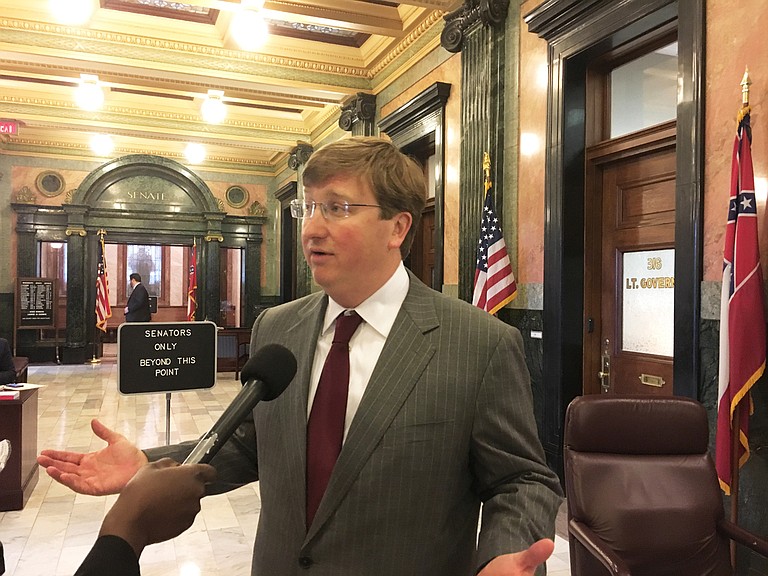 The blame for the budget meltdown belongs to both the House and the Senate, but if you believe that bipartisanship, maintaining the state's infrastructure and compromise are important in how laws are made, give your House members a high-five the next time you see them.

The House unanimously asked the Senate, particularly Republican Lt. Gov. Tate Reeves, to play ball on Monday when they recommitted the Mississippi Department of Transportation's budget for more work. House leaders, led by House Speaker Philip Gunn, R-Clinton, have led a bi-partisan effort all session long to attempt to find new streams of revenue to direct to the state's infrastructure.

Throughout the session, Reeves repeatedly struck down the House's attempts to divert online sales-tax revenue collected from retailers without a brick-and-mortar store in the state—called a use tax—for road and bridges funding. He cited the U.S. Supreme Court precedent preventing states from collecting this tax, calling any mandate to collect tax from all out-of-state online retailers "unconstitutional." (A ruling some states are appealing.)

The House's current proposal, however, is certainly not "unconstitutional." It defines "voluntary taxpayer" in their legislation, which would include online retailers such as Amazon, which has already agreed to collect use tax and deliver it to Mississippi's Department of Revenue. Money is already flowing to DOR from this agreement, and House lawmakers want to use around $200 million from that revenue to work on the state's roads and bridges. As Rep. Trey Lamar, R-Senatobia, who has advocated for this legislation for almost a year now, said, this is a "very conservative approach" to working on the state's infrastructure—and a plausible one.

Gunn, for his part, has come a long way on this issue. He went from "will consider options" at the beginning of the session to forcing the Senate's hand on Monday night, refusing to back down.

House lawmakers told reporters late Monday that the Senate leaders would not sit down with them to discuss their proposal—and said they want to have those discussions. Now, they will get to, likely in a special session. The question will be whether or not Reeves and Senate leaders can set aside their pride and give bi-partisanship collaboration a chance for revenue for roads and bridges.

To echo House Republicans, their current proposal does not raise taxes. This is not an attempt to raise the gas tax (although, for the record, that's likely going to happen if we want to repair roads and bridges at a decent rate and in an equitable way). It asks for revenue that voluntarily comes through use taxes to fund roads and bridges. The Federal Highway Administration re-inspected more than 100 bridges this year, and they've closed (partially or fully) 72 bridges in the state. Most Republicans and Democrats agree roads and bridges are a core function of government. Senators who agree need to encourage across-the-statehouse cooperation ion the issue. To sacrifice infrastructure funding, even if it's a small amount, because of political pride is selfish, stupid and frankly, a bad campaign tactic.