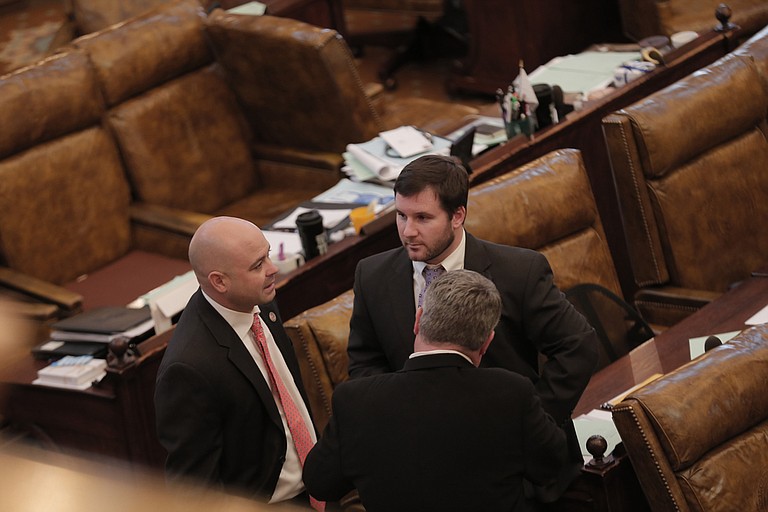 JACKSON — Repairing the state's roads and bridges may still be a priority of the Mississippi House of Representatives, with members voting to increase funding for infrastructure by about $150 million starting in July. The House approved the amendments to Senate Bill 2939 Thursday.

If successful, the legislation would also divert online sales tax revenue from sellers like Amazon and other retailers in order to fund infrastructure in the state. Lamar said he thinks it would amount to between $50 million and $70 million in collections, which would all go toward road and infrastructure improvements and repairs.

In order for MDOT to receive those funds, the department will have to find $25 million in its current budget to allocate to road and bridge repairs.

"(MDOT) will have to reallocate $25 million that they're spending on something else, whether that be jumbotrons ... (or other expenses)," Lamar said Thursday. "MDOT needs to have some skin in the game, too."

Of the other 50 percent of new online sales tax, called use tax, collections would be split between county and city state aid formulas for road repair. These programs are grant-based, so some members pointed out that there is no guarantee that certain counties or municipalities will get funding. Other members were hopeful that if the bill moves forward, the money can go to where its most needed.

"We can get something to the Senate to conference maybe where hopefully we can have some chance where the roads in this state (would) be fixed," Rep. Thomas Reynolds, D-Charleston, said Thursday. "Whether it is a big city or the country, wherever it is, we need roads to be fixed."

The House passed Senate Bill 2939 with its changes by a vote of 109-8, but the Senate will have to keep the bill alive in order for it to advance. Lt. Gov. Tate Reeves' office did not respond to requests for comment by press time.

The proposal would divert around $150 million to $175 million to the state's roads and bridges.

Last week, the Federal Highway Administration confirmed that it has worked with the Mississippi Office of State Aid Road Construction, the Mississippi Department of Transportation, and local county engineers to re-inspect and verify the safety of 114 bridges in Mississippi rated in critical condition.

"As a result, all parties participating in the inspections agreed it was necessary to immediately repair—partly or in some cases—(or) fully close 72 of the critical-condition bridges to ensure the safety of the traveling public," a statement from FHA to the Jackson Free Press said.

The Mississippi Department of Transportation declined to comment on the proposal in the bill at this time.