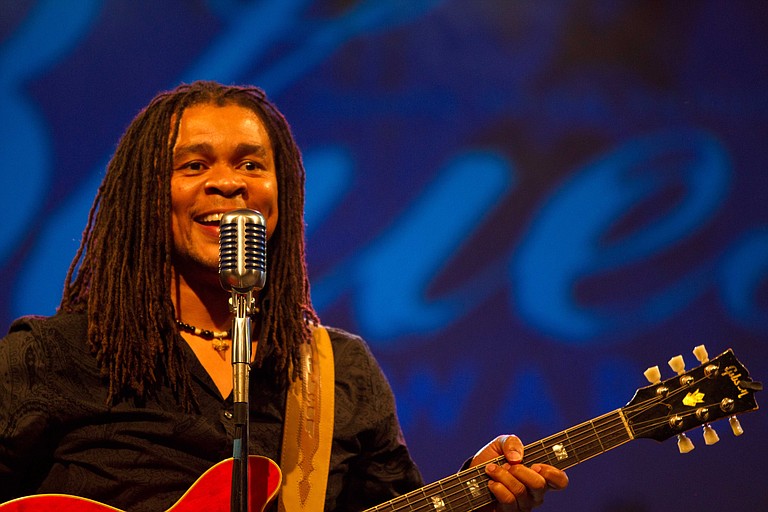 Concertgoers who regularly catch blues artist Grady Champion whenever he plays in Jackson might think they have his live show figured out. However, when the Canton, Miss., native rolls back into town on Saturday, March 4, he’ll also be bringing a new element to his performance.

Champion will still close out the evening with his signature Deep Pocket Blues Band, but he will open with event with an acoustic set, performing stripped-down renditions of many fan-favorite tracks, including songs from his most recent album, “One of a Kind,” released in fall 2016.

“I’ve always loved acoustic music and watching the guys like Stace (Shook) and the other guys that are actually going to play in this set, and it’s a different experience for me, being able to do an acoustic style of my music,” Champion says.

“I’ve been a big fan of a lot of successful singer-songwriter-type stuff, especially when I think of people like Bob Dylan, John Denver, and those singer-songwriter type guys, I’ve always had a think for them,” he says. “You know, I’ve had a lot of accolades (for) my songwriting, so now, people will really be able to sit and appreciate Grady Champion’s songwriting, and then get my full show with the band on the second half of the show.”

While longtime fans will certainly recognize Champion’s blend of blues classics and original tunes, the accompanying acoustic performers will also bring their own personality to the songs, he says.

“I feel like it’s going to add a bit more because some of the guys like Stace and Cassie are a bit more Americana, you know what I’m saying?” Champion says. “It’s getting with guys that really have a different sound that listened to my music and added their perspective to it.”

Grady Champion performs at 7 p.m., Saturday, March 4, at Duling Hall (622 Duling Ave.). Doors open at 6 p.m. Tickets are $15 in advance at ardenland.net or $20 at the door. For more information, visit gradychampion.com.