From Welfare to Divorce: What's Dead, What's Alive in the Legislature 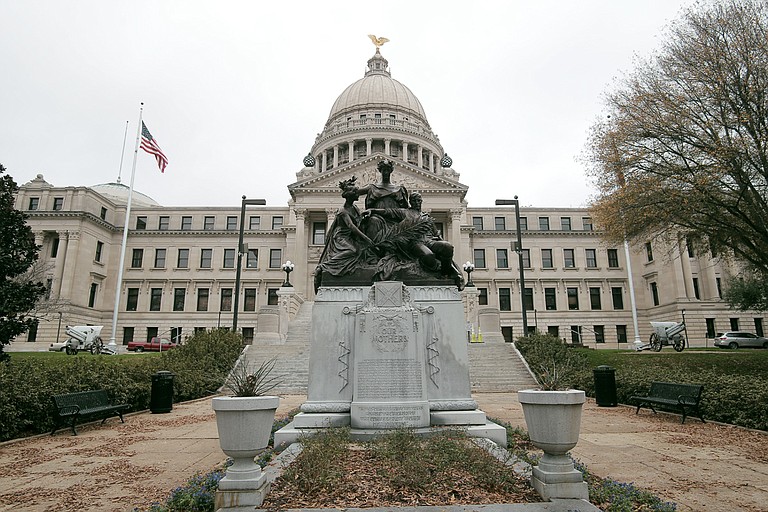 Several high-profile bills such as abuse as grounds for divorce and election reform died earlier this week; the House and the Senate have until next Wednesday to deliberate all general bills that are still alive. Photo by Imani Khayyam.

Criminal-justice and welfare reform are alive to see another day, but adding abuse as grounds for divorce and election reform were dead on arrival.

Tuesday was deadline day for bills to come out of committee in the Legislature, which marked another round of bill-killing and -keeping. Here is a short list of bills that made it to either the Senate or House calendar that legislators must take up by next Wednesday, March 8, to stay alive.

Senate committees have made some changes to the House version of this bill, which contains several of the state Re-entry Council's criminal-justice reforms, including not throwing a person in jail immediately for not paying fines or fees to the court, and not always confiscating a person's driver's license during an arrest.

HB 926 would allow the University of Mississippi Medical Center to enter into joint-purchasing arrangements with other community hospitals or health organizations. This bill made it out of the Finance Committee by one vote this week, and lawmakers had lots of questions about how hospitals in districts they represent feel about the bill.

Students with dyslexia could take their taxpayer-funded scholarships out of state to pay for a nationally or regionally accredited school if they cannot find appropriate services within 30 miles of their home. The bill also expands these scholarships to Grades one through 12.

Both ends of the statehouse seem serious about what they see as a major problem with Medicaid: fraud. The bill would focus on welfare recipients—but also includes a provision to keep tabs on Medicaid providers, too. Critics say the bill is unnecessary and will likely kick people off the rolls.

No public entity could establish a "sanctuary city" ordinance or policy—from universities to cities. The bill would prohibit ordinances that keep a person from "communicating or cooperating with federal agencies or officials to verify or report the immigration status of any person" or "grant any person the right to lawful presence." Jackson is the only Mississippi city with such an ordinance.

Both chambers passed campaign-finance reform measures, which both focus on eliminating the spending of campaign finance funds on personal-use items. The bills will likely go to conference, as lawmakers still disagree about who should regulate what is or is not personal use. The Senate uses the secretary of state as its main authority, while the House version names the Mississippi Ethics Commission as the primary arbiter of determining violations under the new law.

The House killed the Senate's version of a bill to provide enhanced penalties for committing crimes against law enforcement officers or emergency responders, but the Senate amended the Back the Badge Act with its original language that would change the state's hate-crime laws. This bill will likely go to conference over the difference in preference.

The House version of the Capitol Complex bill is the only version alive, and it designates a certain area of Jackson as the district, as well as diverting 12.5 percent of sales tax revenue collected in the City of Jackson to be used on improvement projects (i.e. roads, potholes, etc.) in the district. The southernmost part of the district begins on South Street, expanding west only far enough to include Jackson State University. The district spreads north into Fondren, stopping at Mitchell Avenue and spreads east across Interstate 55 to Ridgewood Road.

This bill puts the governor in charge of all occupational licensing boards, allowing the executive branch to employ attorneys to work on revising and reviewing each occupational board's regulations in order to "increase economic opportunities for all of its citizens by promoting competition and thereby encouraging innovation and job growth" in the state. There are about 70 occupational regulation boards in Mississippi, and some have vocalized strong opposition to the bill.

Rep. Andy Gipson, R-Braxton, did not bring up Sen. Sally Doty's, R-Brookhaven, domestic-violence divorce bill this week. Gipson said that divorce is already covered in Mississippi's statute, the AP reported, and that he thought the bill was too broad.

Legislation that would have moved most state agencies out from under the state personnel board in order to find "efficiencies" died when the Senate Appropriations Committee did not take it up this week.

Both House Apportionment and Elections Committee bills that would have allowed first-time voter registration to happen online, as well as House Bill 228 that would have authorized pre-election (early) voting died when the Senate did not bring them out of committee.

The House killed Sen. Brice Wiggins' (R-Pascagoula) BP settlement-funds effort to dedicate most of the money to projects and restoration on the Mississippi Gulf Coast. This signals a difference in opinion about how the state should use those funds.

Lt. Gov. Tate Reeves killed a House bill that would require online retailers with no physical presence in the state to collect a sales tax, called a use tax, in the name of the Constitution. Other states have started collecting the tax from online retailers, but Reeves said the legislation would violate the current U.S. Supreme Court precedent.