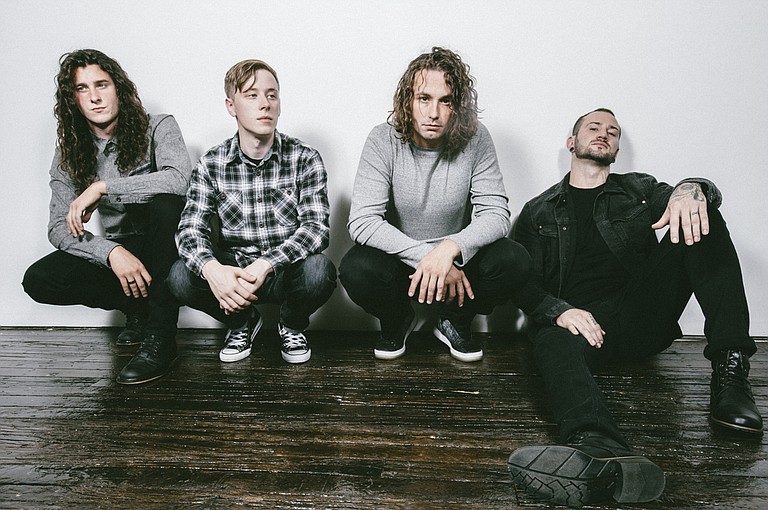 Hard-rock band Egypt Central was at its highest point when it hit the ground. In 2011, almost a decade after its formation, the group was finishing up a tour with Hinder and the Red Jumpsuit Apparatus and was preparing to write a third album. While former drummer Blake Allison wouldn't say exactly what led to the band parting ways, he was glad to talk about what he and bassist Joey Walser did next.

The two musicians began demoing new songs, with Allison taking over lead vocals and rhythm guitar, thinking that they might spur interest in a new Egypt Central record. Instead, Allison says, people got more excited about the idea of the duo forming a new band together.

"Of course, we were very interested in that idea because we were in a really weird position where we didn't know what the future was going to hold for us," he says. "The idea of getting out on our own, creating our own music just the two of us, was very appealing. We did just that. We wrote a record, recorded it ourselves, put it out, and the first song we released was 'Good Man,' and it was the most successful song that we've ever released."

Less than two years after Egypt Central's breakup, Allison and Walser released "Time & Pressure," their debut album as Memphis-based rock act Devour the Day, with its lead-off single, "Good Man," reaching No. 9 on Billboard's mainstream rock chart. Their next two singles, "Move On" and "Respect," both broke the top 30 in the same category, and the whole album peaked at No. 13 on the Heatseeker chart and No. 21 on the hard rock chart.

Devour the Day's debut opened the door for tours with major acts such as Sevendust, Trapt, Theory of a Deadman, Sick Puppies and Candlebox. Then, in January 2016, Allison and Walser released their sophomore album, "S.O.A.R.," which outperformed their first record in several areas, reaching No. 9 on the Heatseeker chart and spawning two top-20 mainstream rock singles, "Lightning in the Sky" and "The Bottom."

Although Devour the Day now includes drummer Ronnie Farris and guitarist David Hoffman, Allison and Walser are still the songwriters behind the project, and they've already begun work on a third record. Allison says they don't want to reinvent the wheel this time around, but fans should expect the most fully realized version of the band yet. The new songs combine what they've learned through experimenting musically with a renewed focus on what they do best, he says.

"I think that now, we've tried to go this way, we've gone that way with music, and back and forth, so now we know what to blend together," he says. "... Obviously, every artist says their newest music is the most mature and most thoughtful that they've put out, but I would definitely say that we found a lot of therapy in creating this music. Having to build yourself back up from essentially a creative lull is very daunting, but it's a very good feeling when you feel like you've got your sea legs, if you will, about you."